Chesapeake (CHK) Attracts a New Activist, This One May Not Be So Nice 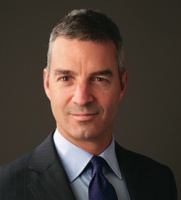 Not only does hedge fund titan Carl Icahn have a liking for embattled Chesapeake Energy (NYSE: CHK), but now Dan Loeb's Third Point LLC is also investing in a big way.

It is unknown if Loeb, known for a little rabble rousing, will go activist on Chesapeake and CEO Aubrey McClendon, but the case can be easily made.

Over the past few months, Chesapeake has been engulfed with numerous scandals that stem from shaky corporate governance. First it was the founder well program, then off balance sheet loans and then lastly it was bid-rigging in land deals.

Carl Icahn has taken more of a hands-off approach to his 7.6 percent investment although it is likely he is doing things behind the scene. It appears Icahn has respect for McClendon despite all the lunacy that has ensued. Loeb may not be so nice.

Shares of Chesapeake are up 2.7 percent.