With 35 years of experience in trading agriculture commodities globally, CLCâs Executive VP of Business Development and Sales Rob Jones has been named President of the Company. Having played a significant role in the growth of Wilbur-Ellis in which Mr. Jones hired, trained, and mentored nearly two dozen commodity traders, the Company believes Mr. Jonesâ demonstrated ability to build and scale winning teams in the commodities trade can prove invaluable as CLC begins its initial commercialization efforts.

VANCOUVER, British Columbia, March 18, 2021 (GLOBE NEWSWIRE) -- Â Christina Lake Cannabis Corp. (the âCompanyâ or âCLCâ or âChristina Lake Cannabisâ) (CSE: CLC) (OTCQB: CLCFF) (FRANKFURT: CLB) is pleased to announce that it has appointed Rob Jones, an accomplished global trader of agriculture commodities, as the President of CLC to lead its commercialization efforts beginning in 2021 as the Company seeks to introduce its dried cannabis biomass and extracts to the market following an exceptionally successful inaugural harvest. Mr. Jones has been promoted to this position from his role as Executive Vice President of Business Development and Sales for CLC. Under Mr. Jonesâ leadership as President, CLC believes it can form a robust sales pipeline for its goods within Canada and potentially in international markets.

Over a 35-year career in trading agriculture commodities, Mr. Jones has dealt in categories including feed, oleochemicals, and energy in international markets to include Mexico, Taiwan, Singapore, Japan, and South Korea. Mr. Jones has also traded commodities into China, which included several trade missions sponsored by Agriculture Canada. Before joining CLC, Mr. Jones was Director of Sales and Marketing for West Coast Reduction, Ltd. (âWCRLâ), the largest independent rendering operation in Western Canada. In this capacity, Mr. Jones was instrumental in establishing new markets into British Petroleum in Washington State, Parkland Fuel Corporation in Burnaby, BC, and Neste in Singapore. These accomplishments contributed to making WCRL the largest supplier of feedstocks into Western Canadaâs renewable energy industry.

Prior to his tenure at WCRL, Mr. Jones played a key role in the growth of agriculture and chemicals firm Wilbur-Ellis, which is currently a $3 billion business celebrating its 100th anniversary this year1. After being named General Manager of the operation with four employees and one office in 1986, Mr. Jones grew the firm to four Canadian offices and three U.S. offices with over 65 employees and sales of over $250 million per year. Mr. Jones also hired, trained, and mentored nearly two dozen commodity traders during this time. Mr. Jones continues to contribute to the agricultural industry as a mentor for the Creative Destruction Lab (Haskayne School of Business, University of Calgary) in its agriculture (âAgâ) stream. Mr. Jones is a past board member of the Animal Nutrition Association of Canada (âANACâ, national trade association for Canadaâs feed industry) as well as Past President of the American Fats and Oils Association (âAFOAâ, a U.S. trade organization for animal, fish, and vegetable oils, as well as fats and proteins).

A photo accompanying this announcement is available at https://www.globenewswire.com/NewsRoom/AttachmentNg/89430c1b-c2b4-465c-afd2-645b72d399ef

This video can be accessed by clicking the thumbnail above or byÂ clicking here.

Readers using news aggregation services may be unable to view the media above. Please access SEDAR or the Investor Relations section of the Companyâs website for a version of this press release containing all published media.

Regarding his promotion to the position of President of CLC, Rob Jones commented, âCannabis and its derivatives are rapidly gaining popularity worldwide, which I believe can be attributed to a combination of greater acceptance as well as innovations in both cultivation techniques and end-user applications. Commodity supply chains can be complex, as extracting raw materials is just the beginning. There are many interconnected events as a commodity moves from its origin, to a processing facility, to being packaged and distributed, and ultimately arriving in the hands of the intended final consumer. CLC has done a remarkable job of integrating its operations, which has numerous benefits to include lower net costs, fewer possible hiccups, and unparalleled visibility into each step of the commodityâs journey. Moreover, CLCâs Master Growers have formed an outstanding cultivation strategy leading to an inaugural crop which far exceeded expectations. I believe that as the Companyâs President I can apply my decades of experience in trading agricultural commodities to maximize CLCâs potential as its commercialization efforts are getting into gear.â

Joel Dumaresq, Chief Executive Officer and a Director of the Company commented, âWe have been very fortunate to have far exceeded our initial expectations with our first harvest last year, which has also provided insights that we intend to use this year with an objective of surpassing that performance. Naturally, our ability to be profitable ultimately depends on our ability to bring the crop to market. Under Mr. Jonesâ leadership as CLCâs President, we anticipate that we can optimize our sales and commercialization strategies to identify the best opportunities for selling our dried biomass and extracts in the right markets. In his prior role with CLC as Executive Vice President of Business Development and Sales, Mr. Jones has demonstrated an impressive level of acumen in commodities trading, as well as in the nuances of the cannabis category. We are excited to see what outcomes Mr. Jones can generate for CLC as we introduce our first full-scale supply of sun-grown cannabis and extracts to market for the first time.â

Christina Lake Cannabis Corp. is a licensed producer of cannabis under the Cannabis Act. It has secured a standard cultivation licence and corresponding processing/sales amendment from Health Canada (March 2020 and August 2020, respectively) as well as a research and development licence (early 2020). CLCâs facility consists of a 32-acre property, which includes over 950,000 square feet of outdoor grow space, offices, propagation and drying rooms, research facilities, and a facility dedicated to processing and extraction. CLC also owns a 99-acre plot of land adjoining its principal 32-acre site, which enables the Company to grow at a much larger scale. CLC cultivates cannabis using strains specifically developed for outdoor cultivation and in its inaugural harvest year produced 32,500 kg (71,650 lb) on its existing facility before developing an adjacent 99-acre expansion property. Such an expansion will ultimately bring CLCâs annual cultivation footprint to over 4.35 million square feet, which could enable at least 150,000 kg (330,693 lb) of low-cost, high-quality, sun-grown cannabis to be produced annually by the Company.

THE CANADIAN SECURITIES EXCHANGE (âCSEâ) HAS NOT REVIEWED AND DOES NOT ACCEPT RESPONSIBILITY FOR THE ACCURACY OR ADEQUACY OF THIS RELEASE, NOR HAS OR DOES THE CSEâS REGULATION SERVICES PROVIDER.

Disclosures relating to investor relations firms retained by Christina Lake Cannabis Corp. can be found under the Company's profile on http://sedar.com. 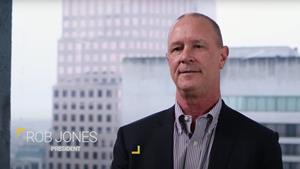