Web3 Agency Kollectiff Helps The Wombats Debut in the Metaverse

Fifteen years and three UK top 5 albums into their career, The Wombats will be meeting their fans in the Metaverse for the first time with the help of Kollectiff. The initiative will include a Metaverse-ready avatar and concert, exclusive access to AMAs, live acoustic performances, unheard B-Sides, rare memorabilia, VIP tickets, and more.Â

The Wombats will be releasing 3,000 unique NFTs that will be ready for the Metaverse. This drop will be particularly unique, as it will be completely carbon-negative, ensuring all carbon emissions from the mint are offset 20 times. The NFTs can be purchased/minted on The Wombats website for 0.07 ETH on Feb. 8.Â

This is more than your traditional NFT because fans and holders will have access to a Rubik's Cube blockchain game that will unlock tons of exclusive utility, unique to the NFT holders. The NFTs will be Metaverse-ready â an avatar that can be used inÂ The Sandbox decentralized gaming virtual world. All of the purchasers will also receive unique blockchain carbon credits from Moss (the world's largest environmental platform).

"We are looking forward to presenting this unique NFT experience to our fans that will end with a concert at Kollectiff's stadium in the Metaverse," says Dan Haggis, drummer of The Wombats. "Kollectiff helped us with creating a carbon-neutral NFT because the environment and combating climate change is important to us.Â

Kollectiff will be sending holders of the NFT carbon credits via AirDrop. The Wombats wanted to ensure that this project was good for the Earth since carbon emissions are a big factor with mining. This project not only offsets carbon emissions but also makes it a carbon-negative NFT collection. When someone mints an NFT in this collection, carbon credit will be bought. Each mint generates 45 kilograms of carbon (approximately 135,000 kg overall) so this project will include the purchase of 3,000 tons worth of carbon offsets to make this campaign carbon-negative.Â

After purchasing the NFT, fans will have access to a Rubik's Cube Blockchain Game in Wombat World. The game is like a classic Rubik's Cube people have to solve in the blockchain to gain access to features and special events so they can engage with the band.Â There will be live "Ask Me Anything" with the band, live acoustic performances, rare memorabilia, VIP tour tickets, and more for people who own the collectible.Â Also, B-Sides that didn't make the latest album will be included as unlockable content within the Rubik's Cube game.Â

"We've been fans of The Wombats and have seen their success over the years so we are excited to help them be early adopters of the Metaverse," says Rupert Runewitsch, COOÂ of Kollectiff. "We are glad we were able to find a carbon-neutral solution to work together to save planet Earth while being innovative."Â

"The Kollectiff's team has brought this possibility to life for both fans and newcomers seeking to enjoy an immersive band experience at an iconic location, all while being closer to artists across the globe through The Sandbox virtual gaming world," said Sebastien Borget, COO and co-founder of The Sandbox. "We're thrilled to welcome The Wombats to engage and socialize with their fans."

Having erupted out of Liverpool in 2007, a global indie mainstay for 15 years, The Wombats are pulling in a bigger audience than ever before. The viral success of Oliver Nelson's remix of their 2015 hit "Greek Tragedy" on TikTok has enraptured a whole new generation of fans, a feat they've managed to continually repeat since their 2007 debutÂ A Guide To Love, Loss & Desperation. Used in over 600,000 videos (some of which have over 100 million views), the remix has rocketed to over 30 million streams, propelling the original to 120 million streams and sending it Gold in the U.S. It's helped the band surpass 1.5 billion worldwide streams, also amassing an extra 2.4 million monthly listeners on Spotify since just January; further illustration if any were needed of The Wombats' ability to reach new generations of fans through the timeless power of their songwriting and lyrics alone.

With their biggest-ever worldwide headline tourÂ set for 2022, including a landmark show at London's The O2, and their new album being lauded by fans and critics alike, the most exciting chapter in the story of one of Britain's most adored bands is well and truly underway.Â Follow The Wombats here: FACEBOOK |Â TWITTER |Â INSTAGRAM |Â WEBSITE |Â SPOTIFY

Kollectiff is a web3 studio leveraging blockchain technology and NFTs to create engaging and connected brand experiences,Â with a focus on utility and experiential design. We help IP owners and brands understand and unlock the full potential of Web3, NFTs, and the Metaverse from concept ideation to the creative and technical execution.Â Kollectiff specializes in taking brands and industry into the Metaverse, with the music industry as a core focus. We are currently developingÂ  Metaverse music venues replicating iconic venues around the world, as well as being approved builders for The Sandbox. Our advisors include Sebastien Borget (COO, The Sandbox) and Rodolfo Echeverria (former Global Head of Creative at The Coca-Cola Company.)

The Sandbox, a subsidiary of Animoca Brands, is one of the decentralized virtual worlds that has been fueling the recent growth of virtual real-estate demand, having partnered with major IPs and brands including Adidas, Snoop Dogg, The Walking Dead, Deadmau5, Atari, Rollercoaster Tycoon, Care Bears, The Smurfs, etc. Building on existing The Sandbox IP that has more than 40 million global installs on mobile, The Sandbox Metaverse offers players and creators a decentralized and intuitive platform to create immersive 3D worlds and game experiences and to safely store, trade, and monetize their creations. For more information, please visitÂ www.sandbox.game and follow the regular updates on Twitter, Medium, and Discord. 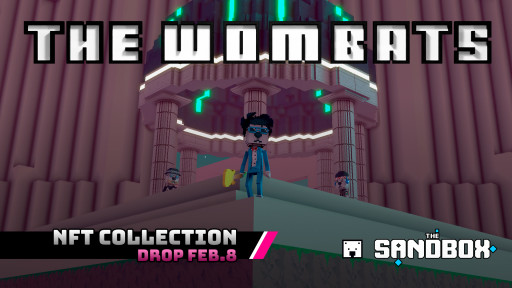 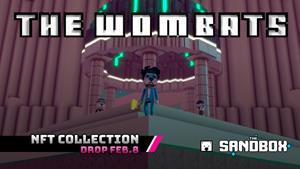