SouthGobi Announces the Voting Results of the Shareholdersâ Meeting

VANCOUVER, British Columbia, Jan. 25, 2021 (GLOBE NEWSWIRE) -- SouthGobi Resources Ltd. (TSX: SGQ, HK: 1878) (âSouthGobiâ or the âCompanyâ) is pleased to announce the voting results of the annual and special meeting of shareholders of the Company (the âShareholdersâ Meetingâ) held in Vancouver, Canada on January 21, 2021. At the Meeting, the majority of the Companyâs shareholders voted in favour of the following matters as set out in the Companyâs management proxy circular dated December 9, 2020 (the âCircularâ), a copy of which is available under the Companyâs profile on SEDAR at www.sedar.com.

The voting results are as follows:

Appointment of Auditors - BDO Limited, Certified Public Accountants (Practicing), Hong Kong, was appointed as auditor of the Company to hold office for the ensuring year or until their successors are appointed. The ordinary resolution was passed by a majority of the votes cast by a show of hands.

Fixing the Number of Directors - The number of directors to be elected at the Meeting was fixed at eight. The ordinary resolution was passed by a majority of the votes cast by a show of hands.

Election of Directors â The eight director nominees set forth in the Companyâs Circular were elected as directors to hold office for the ensuing year or until their successors are elected or appointed. The ordinary resolution was passed by a majority of the votes cast by ballot.

Trading in the common shares of the Company on the Toronto Stock Exchange and the Hong Kong Stock Exchange has been suspended since June 19, 2020 and August 17, 2020 respectively and will remain suspended until further notice.

SouthGobi, listed on the Toronto and Hong Kong stock exchanges, owns and operates its flagship Ovoot Tolgoi coal mine in Mongolia. SouthGobi produces and sells coal to customers in China. 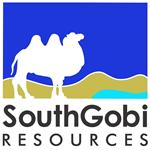