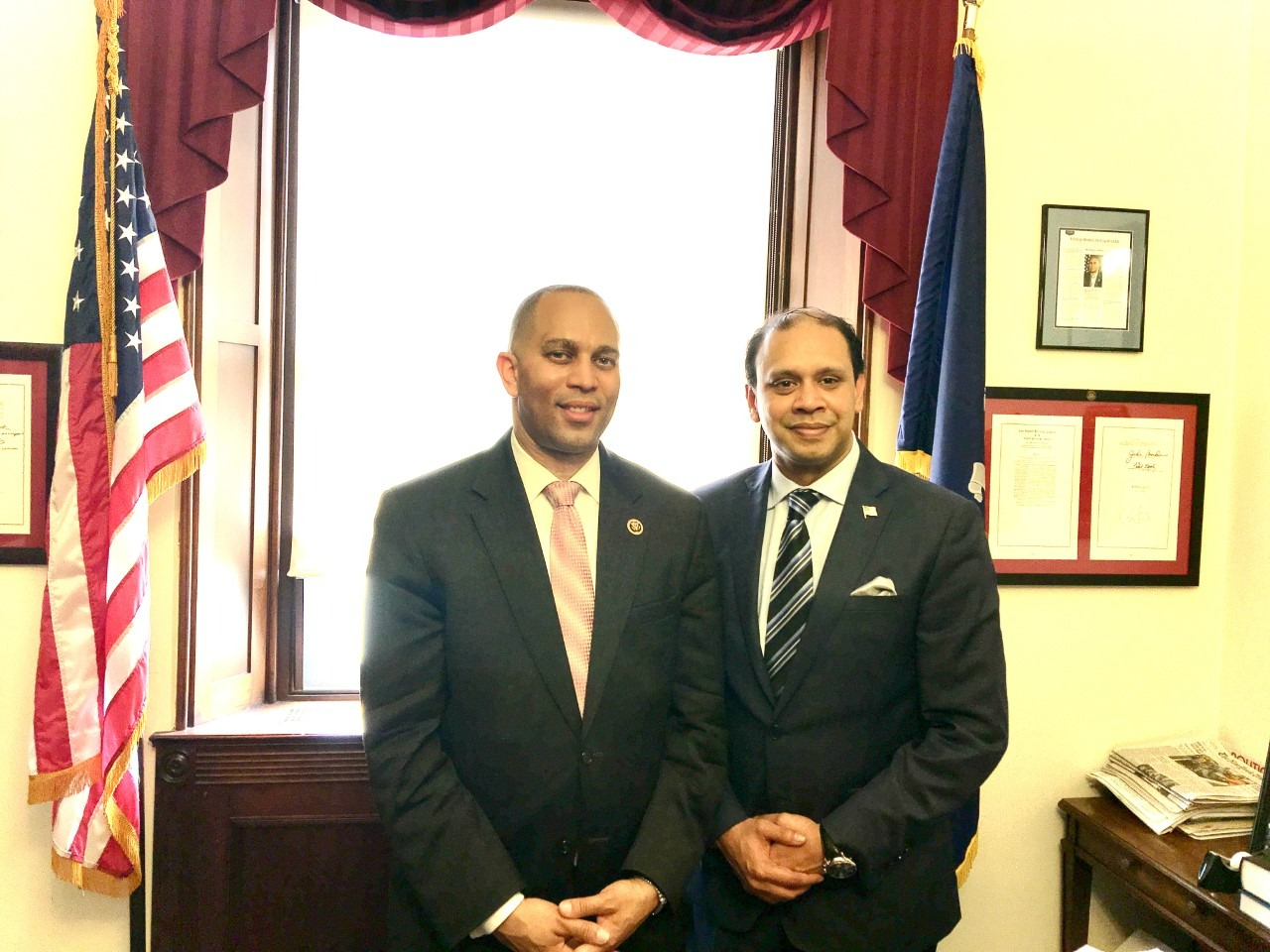 Bangladeshi Community Leader Zahid F. Sarder Saddi recently congratulated members of congress that have proven themselves allies to the Bangladeshi community on their respective campaign victories. Rep. Hakeem Jeffries, Rep. Yvette Clarke, Rep. Grace Meng, and Rep. Gregory Meeks all secured re-election with ease on November 8th and have offered strong support for the Bangladeshi community in the US.

In July, New York City approved a measure  renaming MacDonald to Church in Brooklyn, “Little Bangladesh.” The support of the now-re-elected New York House Representatives from the 5th, 6th, 8th, and 9th districts was crucial in accomplishing the effort.

Congressman Hakeem Jeffries of New York’s 8th District has been a trusted leader in his district since 2013, having earned respect from minority communities within the Bangladeshi demographic for his advocacy for the accessibility of cultural staples in local markets. Among other important moves in the US House as well as genuine gestures of support and admiration for the demographic, Rep. Jeffries expresses a deep moral kinship with the Bangladeshi-American community of New York City through both his policy and practice.

Rep. Jeffries will be undertaking new responsibilities of leadership as he replaces Rep. Nancy Pelosi as House Democratic Leader to become the first Black lawmaker to lead a party in Congress. Rep. Jeffries will be leading the next generation of democrats in a shifting US House of Representatives as Republicans take the majority.

Representative of New York’s 9th District Yvette Clarke offered impassioned public support for Little Bangladesh. She proved indispensable in renaming the streets from MacDonald and Church in Brooklyn, New York in honor of the Bangladeshi community of the city, going as far as to express support via her official Twitter account. 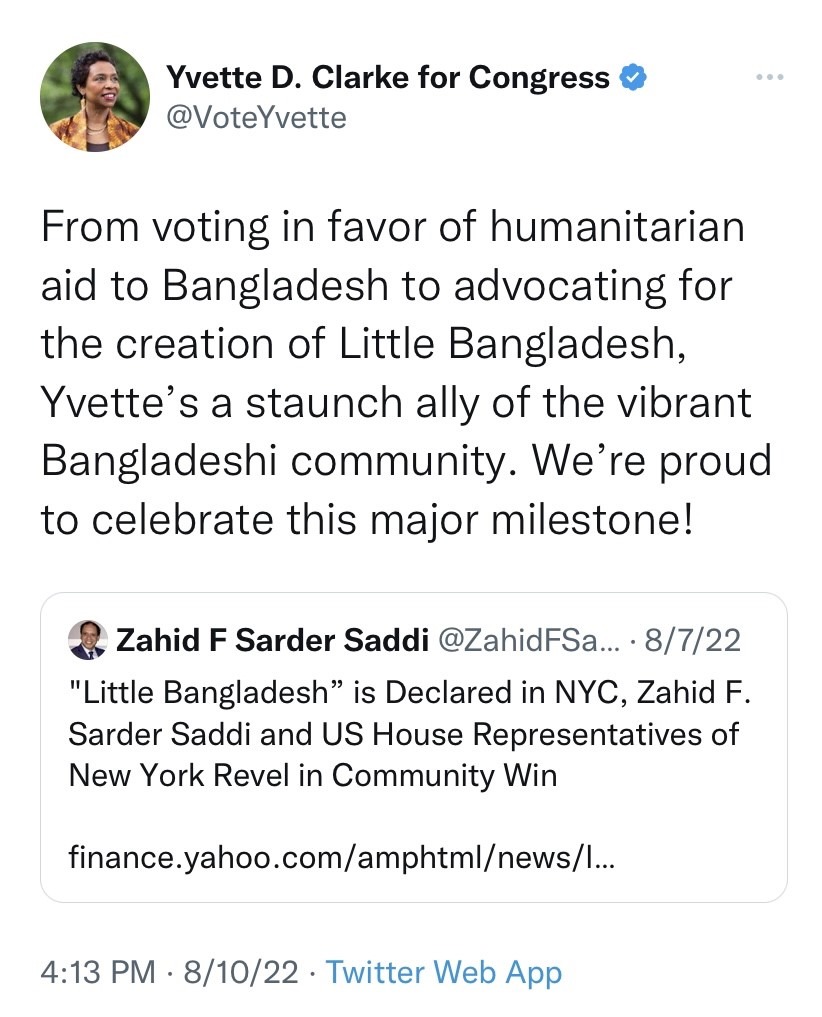 Rep. Clarke identifies strongly with the immigrant communities of her district, including the Bangladeshi community, as the proud daughter of Jamaican immigrants. Likewise, in leading her district in Brooklyn, the US House Representative is an ardent supporter of accessible pathways to citizenship, equal rights, and small business as she continues her now 15-year career in the US House of Representatives. She looks forward to continuing to serve the Bangladeshi people and offering crucial support advocating for democracy, human rights, and finding solutions for Rohingya issues. 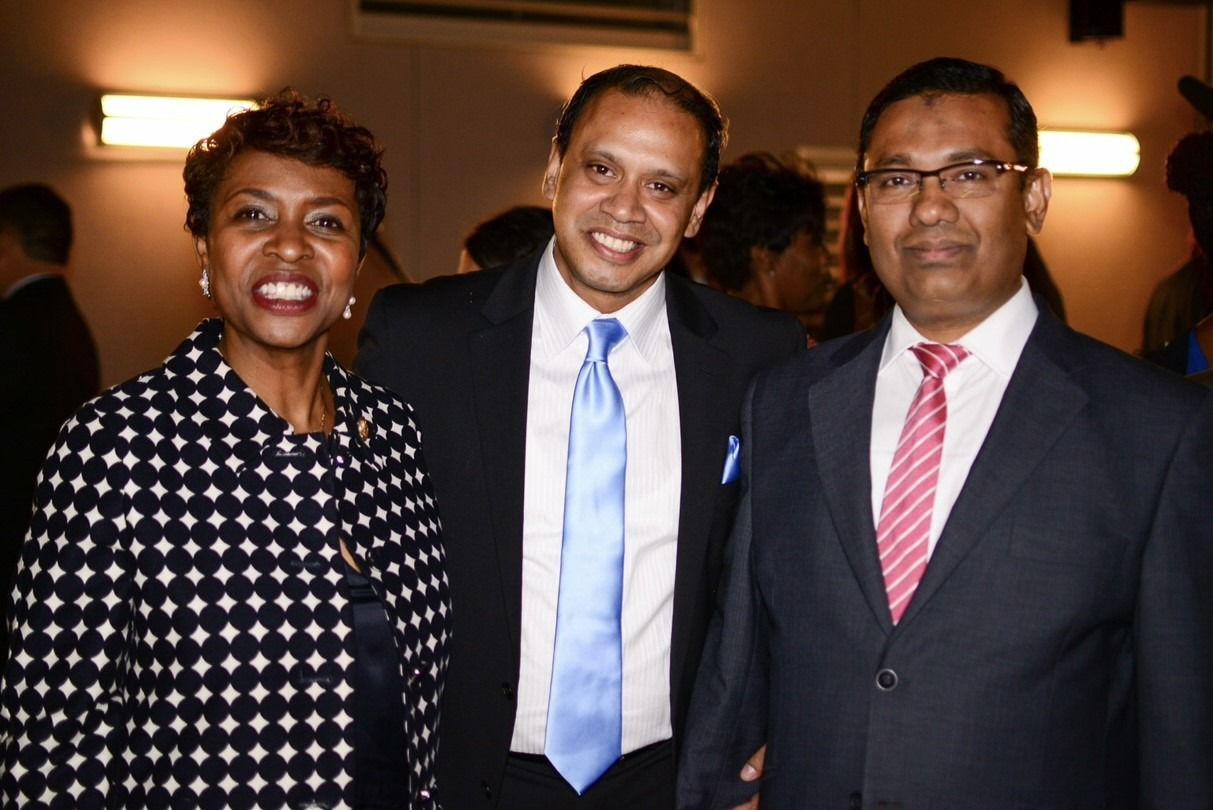 In serving the 5th District, US House Representative Gregory Meeks of New York also has been a constant collaborator with the Bangladeshi community at large. Taking on efforts to promote greater social inclusion of Bangladeshi constituents, Rep. Meeks has sponsored House Resolution 239,  a bill in commemoration of the anniversary of Bangladesh’s independence.

Rep. Meeks shows a commitment to offering genuine respect to the Bangladeshi community in thanks for their indefatigable drive in supporting greater NYC. With a constituency lasting over 20 years, Rep. Meeks’ continued tenure in office will no doubt continue established trends of endorsement of the Bangladeshi people. In his role as Chairman of the Congressional Foreign Affairs Committee, Rep. Meeks upholds values of democracy, human rights, and free and fair elections worldwide. 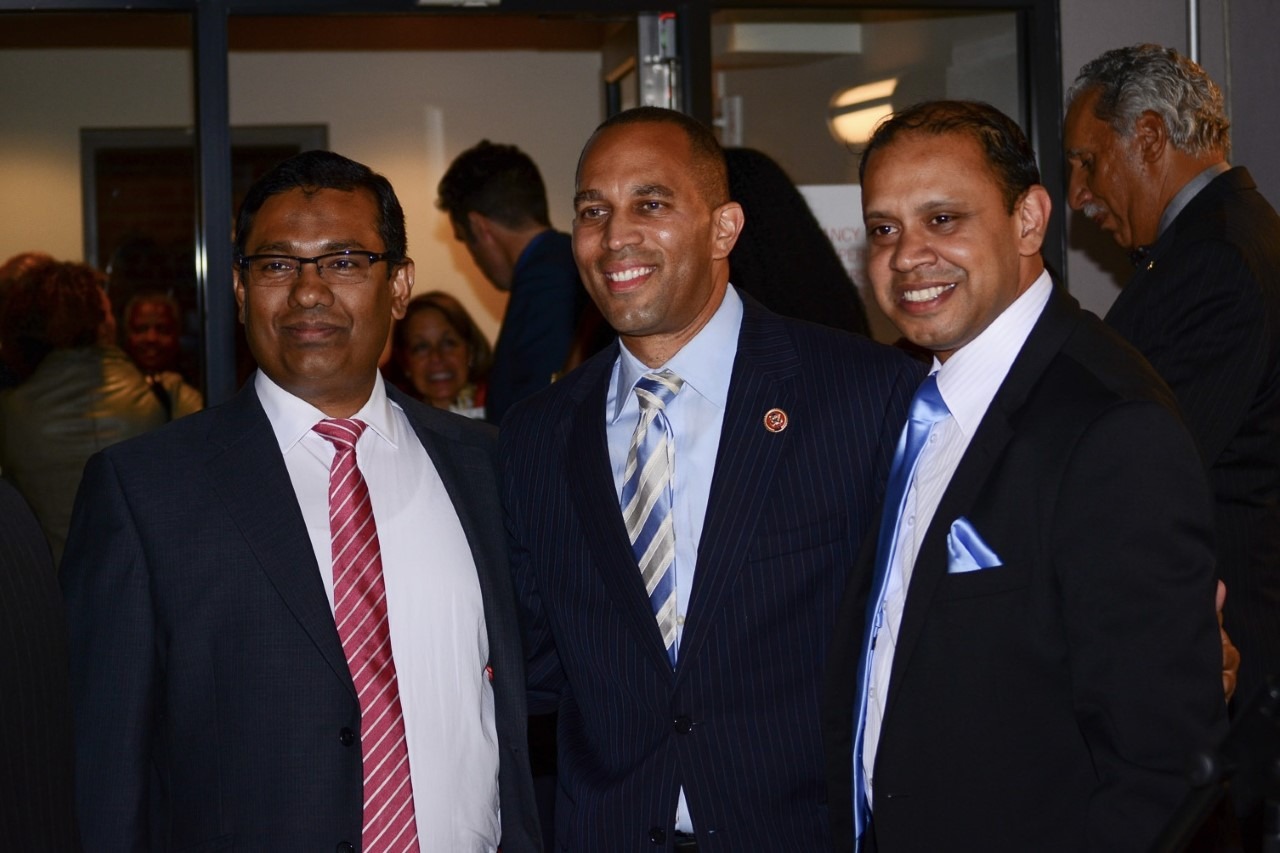 Grace Meng similarly has boasted impressive work as a Representative of New York’s 6th Congressional District. Holding a 9-year career, Rep. Meng was a member of the Foreign Affairs Committee and has previously made statements offering support to the Bangladeshi community, such as during the 2013 Rana Plaza factory collapse at the beginning of her constituency, as well as consistently offering vocal support for the religious minority of the Bangladeshi community while preaching accessibility of human rights and support for democracy.

As the representatives of New York’s 5th, 6th, 8th, and 9th districts sweep massive leads in their respective elections, there is no doubt that the support for the South Asian community, including the Bangladeshi community, helped secure their campaign victories. Among the fastest growing demographics of the South Asian community of New York City,  around 74% of Bangladeshis surveyed in 2015 were foreign-born and of all the city’s foreign-born Bangladeshi residents, 53 percent were naturalized citizens, equal to 53 percent of all foreign-born New Yorkers. Truly representative of greater New York, Bangladeshi New Yorkers also are a significant portion of the countless small businesses of the city, residing mostly in Queens, Brooklyn, and the Bronx.

Accordingly, Zahid F. Sarder Saddi has accomplished a great deal in his work as an activist in supporting the Bangladeshi community, ensuring the investments made by the demographic do not go unnoticed as they contribute to the US economy, culture, and society. 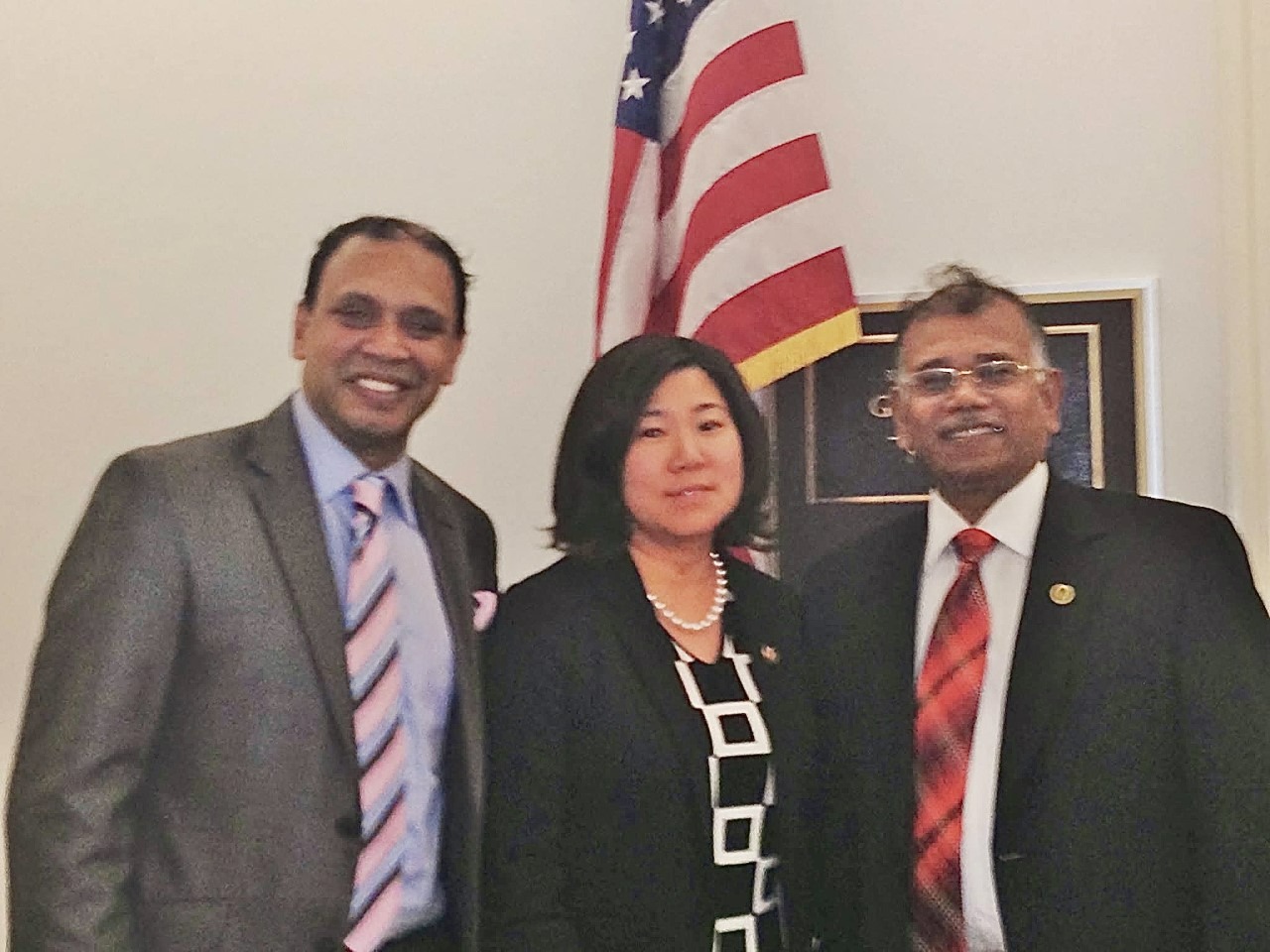 Serving the Bangladeshi-American community for almost three decades,  Zahid F. Sarder Saddi is a community leader that holds the trust of his people above all else and has committed himself to rallying support for legislation improving the Bangladeshi people’s well-being globally.

Named Vanguard of 2022, Saddi is committed to building upon the continued success of the Bangladeshi people in the United States by providing the demographic a supporter on Capitol Hill that is firmly in their corner. “The experience I have in Indo-Pacific foreign affairs is what affords me the ability to navigate the corridors of the US House and Senate offices in DC. I ensure that the community remains in the conversation to guarantee that the needs of our people remain within reach, whether these needs are related to economy, human rights, or infrastructure.” Zahid F. Sarder Saddi is a trusted voice, not only prioritizing Bangladeshi Americans but the rights and well-being of members of the community that remain in their country of origin. With an even hand and support from both sides of the aisle, Saddi is creating greater opportunities for the Bangladeshi people every day.

Zahid F. Sarder Saddi is an influential civil society leader, humanitarian, and advocate for Bangladesh and its people. He helps Bangladeshi expatriates assimilate into life in the United States while also preserving their own values and traditions. Zahid F. Sarder Saddi works with several organizations and holds a special passion for helping the Bangladeshi community in the United States and around the world.