Brown joins CMG from the Meredith Corporation where he had a stellar two-decade career and most recently served as SVP and Chief Revenue Officer. He began his career with Meredith as a local sales manager for KVVU TV (FOX 5) in Las Vegas where he successfully implemented new training and sales processes as well as recruitment and retention programs that increased station billing by over $5.5 million. With his success after just over two years, came a promotion to General Sales Manager where he developed station sales verticals, integration, and community initiative programs. After being elevated to VP/GM, Brown was able to build the underperforming affiliate into one of the top FOX stations in the country and the top Meredith station in non-spot revenue generation. He also led the team in a three-time win of the PSW Emmy Award for Station Overall Excellence and recognition by the FOX #1 Club for eight consecutive years. Prior to joining Meredith in 2002, he served as General Sales Manager for KSEE-TV 24 in Fresno, CA.Â âWe are thrilled to have someone of Toddâs personal and professional caliber leading our charge at Boston 25. The outstanding broadcasters that work at Boston 25 will thrive under his leadership and innovative spirit,â said Paul Curran, EVP/CMG Television. âAt every stop in his broadcasting career, Todd has grown ratings and revenue while also super-serving the community, a staple of the CMG culture.â Broadcasting & Cable recognized Brown as General Manager of the Year in 2017. He served as Chairman of the Nevada Broadcasters Association from 2013 to 2017 and was awarded the Nevada Broadcasters' Lifetime Achievement Award in 2017.âI could not be more excited to join CMG and Boston 25,â said Brown. âBoston 25 has a rich broadcast history in serving Boston and surrounding communities, and I am looking forward to working with the team in perpetuating this Boston spirit.âBrown received a B.A. in Radio and Television from Southern Illinois University. He and his wife have four children and four grandchildren.About Cox Media GroupCox Media Group, Inc. (CMG) is an industry-leading media company with dominant brands, award-winning content, and exceptional people. CMG provides valuable local content to viewers in the communities in which it serves. The company's operations primarily include 33 high-quality, market-leading television stations in 20 markets, 54 top-performing radio stations delivering all genres of content in 11 markets, and numerous streaming and digital platforms. CMG's portfolio includes primary affiliates of ABC, CBS, FOX, NBC, and MyNetworkTV, as well as several valuable news and independent stations. Additionally, the company also offers a full suite of national, regional, local and digital advertising services with CMG Local Solutions, CoxReps andÂ Gamut. For more information about CMG, visitÂ www.coxmediagroup.com. 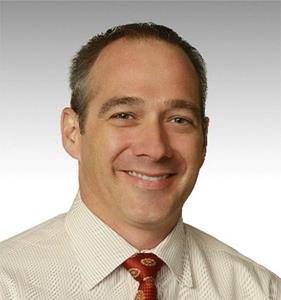