The first,Â âMarilyn & Sinatraâ is a filmed version of a hit play about the little-known relationship between the two showbiz legends which sold out at theatres in London, Los Angeles, and New York. The acclaimed production, starring Erin Gavin as Marilyn Monroe and Jeff Bratz as Frank Sinatra, continues a recent industry trend, including the likes of âHamilton,â for streaming stage productions.

The second completed project sees beloved actor Sylvester McCoy, who so memorably played the seventh incarnation of TVâs Doctor Who, discussing the creatures he battled in the BBC sci-fi series in interview special, âWhoâs The Best Doctor Who Monster?â That show is a filmed version of award-winning podcast, âWhoâs The Best?â which is distributed by BSEG.

Both these original productions are now playing on Big Streamâs Roku channel and web portal, Big Stream Entertainment with over 220 titles. Launched just over a year ago, Big Stream showcases the companyâs extensive library of films and documentaries together with a range of content from affiliates and is also home to short films from emerging female filmmakers.

âAdding original, compelling content is key to the companyâs streaming expansion,â said Big Screenâs Head of Development Sandro Monetti, who wrote and introduces both specials. Monetti is part of a talented and growing in-house team upon which BSEG looks to build much of its content future and new IPâs.

Big Screen Entertainment Group (OTC: BSEG) is a well-established distribution and production company based in Beverly Hills. Built on a love for storytelling, the business launched in 2005 and has grown to specialize in production, post-production, and distribution in the US, Internationally. It continues to grow and evolve into new commercial models in an ever-changing media world.

A photo accompanying this announcement is available at https://www.globenewswire.com/NewsRoom/AttachmentNg/15be088a-4e17-4075-ad4b-82c756f6bc79 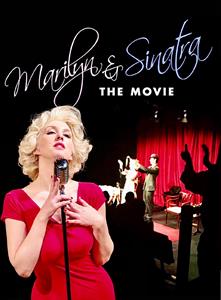