Sheridan, Wyoming, April 07, 2021 (GLOBE NEWSWIRE) -- Appliqate (OTC: APQT), a Wyoming Corporation, has announced a strategy for board diversity and inclusion in light of the recent Nasdaq Stock Market LLC (Nasdaq) proposal with the Securities and Exchange Commission (SEC) to adopt listing rules that would enhance board diversity and transparency among companies listed on its exchange. The new rules require Nasdaq-listed companies to have, or explain why they do not have, at least two âDiverseâ members of their boards of directors; and publicly disclose diversity statistics regarding their boards of directors in their proxy statement or information statement filings, or alternatively on their websites.

A McKinsey study found that diverse companies have 19% higher revenue than less diverse counterparts, and gender diverse executive teams outperform male-dominated companies by 21% in terms of EBIT. As Appliqate continues to roll out the aggressive acquisition strategy announced in March, diversity and inclusion will be a key tenant when evaluating their acquisition targets.

Led by its Founder and CEO, Ms. Una Taylor, a black woman of African descent, Appliqate represents a very small percentage of public companies with a black female at the helm. Additionally, in the U.S., of the 3,671 public companies reported by The Wall Street Journal in 2017, only eight were Black-owned companies which equates to 0.002% of public companies. âAppliqate will continue to focus on inclusion and diversity because itâs good for our shareholders, but more importantly, it aligns with the companyâs culture,â said Ms. Taylor.

Appliqate has always sought to comprise its Board with diversity; however, the Company has historically placed equal emphasis on the following factors: background and specifically targeted industry experience, and most importantly, creating an atmosphere of open and trusted communication. A recent Harvard Study cited, in support of Appliqateâs Board priorities, that âto make diverse boards more effective, boards need to have a more egalitarian culture â one that elevates different voices, integrates contrasting insights and welcomes conversations about diversity.â

Appliqate looks forward to a bright future that will continue to promote and comprise a diverse Board with members that value open communication. A diverse and egalitarian Board will maximize effectiveness by doing more to ensure that different perspectives are regularly elicited and integrated into the boardâs decision-making process, which will always be focused on maximizing the value to its shareholders.

Melinda Gates, co-chair of the Bill & Melinda Gates Foundation, founder of Pivotal Ventures, stated in a Times article, âWe are right to be outraged. But weâre also right to be optimistic. Americans are no longer willing to accept the glacial pace of changeâand I feel lucky to be alive at a time when we no longer have toâ. She went on to say she will be committing $1 billion to expand womenâs power and influence in the United States over the next ten years.

In conjunction with the companyâs acquisition strategy for hybrid events and event technology, Ms. Taylor will be attending the Society for Independent Show Organizerâs (SISO) annual CEO Summit taking place April 12-15th in Amelia Island, FL. She will be participating in the SISO Executive Womenâs Forum. Ms. Taylor said, "The SISO CEO Summit is attended by company owners, CEOs, and presidents who are charged with creating the strategies used to map out the future for the trade show Industry. This will be a perfect opportunity to share information about Appliqateâs latest tech and event acquisition strategy while networking with executives in an environment conducive to bringing together the Industry's best."

About Appliqate Inc: Appliqate Inc is a publicly traded technology development firm that provides businesses, executives and investors access to capital and innovative solutions by utilizing platforms and business models to disrupt industry sectors. With an emphasis on media, blockchain, live entertainment, and intellectual property, the company accelerates the growth of tech solutions in these markets. Our management team represents a unique combination of technology development, operating, investing, financial and transactional expertise. 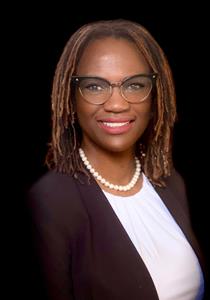