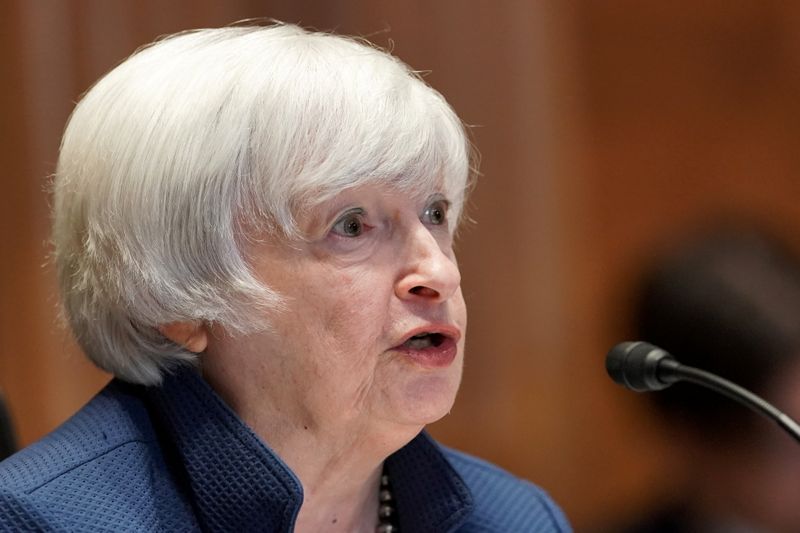 WASHINGTON (Reuters) - U.S. Treasury Secretary Janet Yellen on Wednesday urged Congress to raise or suspend the federal debt limit as soon as possible, warning that if lawmakers fail to act, the United States could face a serious risk of default as soon as August.

"I think defaulting on the national debt should be regarded as unthinkable," Yellen said in testimony to a Senate Appropriations subcommittee. "Failing to increase the debt limit would have absolutely catastrophic economic consequences."Yellen said that to avoid uncertainty for financial markets, Congress should pass new debt limit legislation - allowing the Treasury to continue borrowing - before the latest suspension expires on July 31.

The Treasury in the past has been able to stave off potential default for several months by employing extraordinary measures such as suspending contributions to government employee pension funds, but spending on COVID-19 relief programs has added uncertainty to government cash flows.

These measures could be exhausted in August, when Congress takes its traditional summer recess, she said.