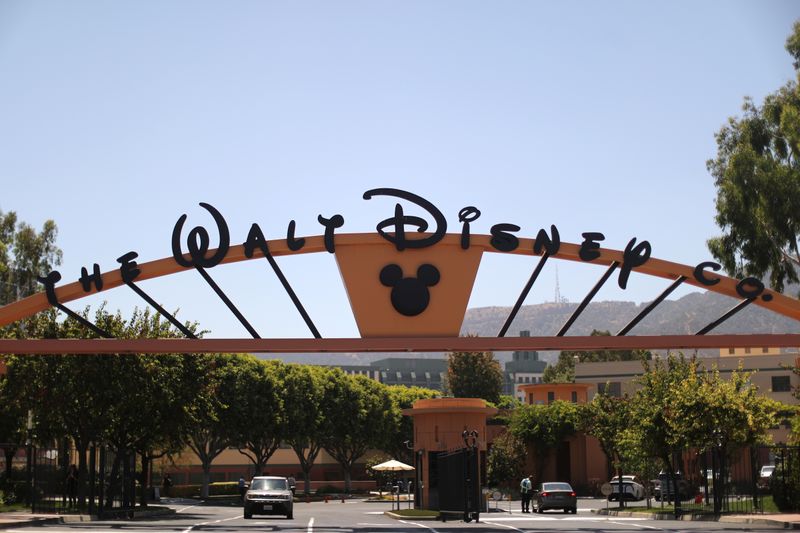 LOS ANGELES (Reuters) - Walt Disney Co, which wowed investors in December with ambitious streaming TV plans, will update Wall Street on Thursday about its digital subscriber membership and the future of its pandemic-hobbled theme parks.

The company's shares closed at an all-time high of $190 on Monday after December's unveiling of a programming blitz to boost Disney+, the streaming service the company launched in November 2019. Shares ended trading at $188.21 on Tuesday.

When Disney releases its quarterly earnings report after stock markets close on Thursday, investors likely will zero in on how many subscribers have joined the Disney+ rolls since early December, when customers stood at 86.8 million. The company released Pixar movie "Soul" on the platform on Christmas and debuted Marvel series "WandaVision" in January.

Disney's rapid streaming growth, which drew praise from Netflix Inc Chief Executive Reed Hastings, has helped propel its stock while the theme park and movie studio continue to feel the effects of the global coronavirus pandemic.

Lightshed Partners analyst Rich Greenfield in January upgraded his rating on Disney to "neutral" from "sell." He said investors were looking past COVID and focusing on how Disney will fare after the pandemic. Shareholders have rewarded the company for "leaning much more heavily into streaming at the expense of near-term earnings," Greenfield said.

Overall, analysts surveyed by Refinitiv expect Disney's earnings per share to show a loss of 42 cents for October through December compared, with a gain of $1.53 a year earlier.

For the first time, Disney will be reporting results under a new structure announced in October by Chief Executive Bob Chapek to focus the company around streaming.

"We believe the underlying business trends to be roughly stable on a sequential basis, as Disney World remains open (at limited capacity) and some live sports have returned to media networks," Bernstein analyst Todd Juenger said in a research note.

Still, investors will look for information on when the company might be able to reopen its Disneyland theme park in California, which has been closed since March, and any forecasts on operations at its flagship Walt Disney World in Florida. The Florida resort has restricted attendance to allow for social distancing.

Disney watchers also will look for news about future movie release plans. The company has delayed several big-budget films, as many movie theaters remain closed, and moved some to Disney+.