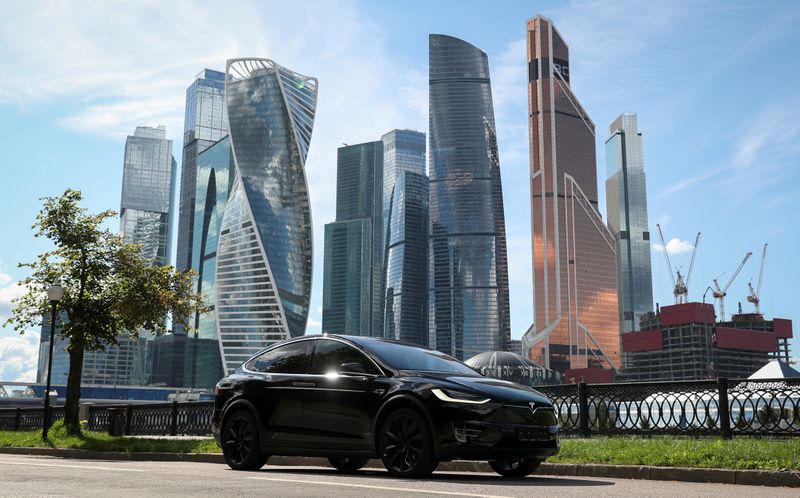 (Reuters) - Wall Street analysts on Thursday estimated Tesla Inc will hand over at least 50% more vehicles in 2021, a day after the electric carmaker disappointed investors by holding back on providing clear delivery targets.

The company delivered 499,550 vehicles during 2020, above estimates of 481,261 vehicles, according to Refinitiv data - but 450 units shy of Chief Executive Elon Musk's target.

Musk had raised hopes of being able to deliver more vehicles this year during the company's third quarter's earnings call.

Back then an analyst posed a question on whether Tesla could deliver 840,000 to 1 million vehicles in 2021. Musk said the target was "in that vicinity," while another Tesla executive said the company would provide a forecast next quarter.

However, on a post-earnings call with analysts on Wednesday, Musk did not provide a concrete delivery goal, leaving analysts and investors in the dark about the company's own expectations of growth.

"Over a multi-year horizon, we expect to achieve 50% average annual growth in vehicle deliveries. In some years we may grow faster, which we expect to be the case in 2021," Tesla said in a statement.

J.P.Morgan analysts felt the vague outlook seemed softer than what Musk had suggested earlier. The brokerage raised its expectations only slightly and now expects Tesla to deliver 765,000 vehicles in 2021, up from 715,000.

"We wonder if Tesla is simply setting a lower bar, so as to better manage expectations," Credit Suisse said in a note.