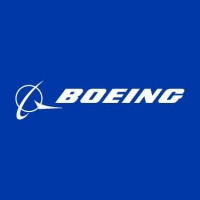 United Airlines (NASDAQ: UAL) is reportedly close to an agreement to order "dozens" of Boeing (NYSE: BA) 787 Dreamliners, according to The Wall Street Journal on Friday.

Boeing shares have jumped more than 3%.

Citing people familiar with the matter, the WSJ said a deal between Boeing and United Airlines, which would be worth billions of dollars in revenue for Boeing, could be completed this month. Airbus competed for the deal, and if an agreement with Boeing is completed, it will mark a victory for the plane maker over European rival Airbus.

The WSJ said that Dreamliners, which carry a list price of approximately $300 million before discounts, are popular with airlines due to their fuel efficiency and capacity to make new direct routes profitable.

They added that United has privately said it is preparing to order around 100 planes to replace its wide-body jets which are growing old. The company is said to have encountered operational issues with its Boeing 767 fleet.

While WSJ sources told them it wasn't clear how many Dreamliners United would order. However, they warned that aircraft deals can fall through at later stages of negotiations.