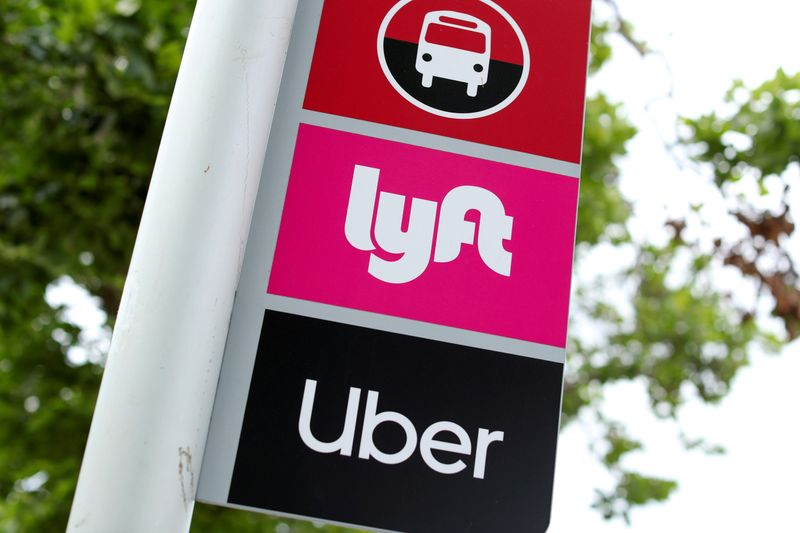 (Reuters) - Uber Technologies Inc and Lyft Inc on Thursday said they would share with each other information on drivers and delivery workers they had banned from their platforms for the most serious incidents in an effort to boost safety.

The companies said such incidents would be physical assault resulting in a fatality and the most serious forms of sexual assault, adding they hoped to eventually share such data across the wider transportation and delivery industry.

The move comes more than a year after Uber released its first safety report, detailing about 6,000 reports of sexual assault related to 2.3 billion trips in the United States in 2017 and 2018. https://bit.ly/3rFG0En

Lyft has vowed to produce a similar report, the publication of which has been delayed several times. Jennifer Brandenburger, Lyft's head of policy development, said the company was awaiting the resolution of a dispute with a California regulator that has demanded detailed information on sexual assault and harassment claims.

Uber and Lyft oppose the disclosures, arguing they would violate victims' rights to privacy.

While both companies conduct background checks through a third party before allowing drivers to work on their platforms, company executives said that the extreme underreporting of sexual assault means those issues frequently do not get detected.

"The reality is, as our safety report showed, these types of serious safety incidents are extremely rare, less than one tenth of 1% ... so we're talking about a very small number of drivers who will be affected by this" said Uber's Chief Legal Officer Tony West.

Brandenburger said the sharing program was designed to balance safety on the platforms with customer privacy and fairness. The companies will decide in the future whether to broaden the types of safety incidents they share data on, the executives said.