U.S. companies set to post profit growth for Q4, which would defy forecasts 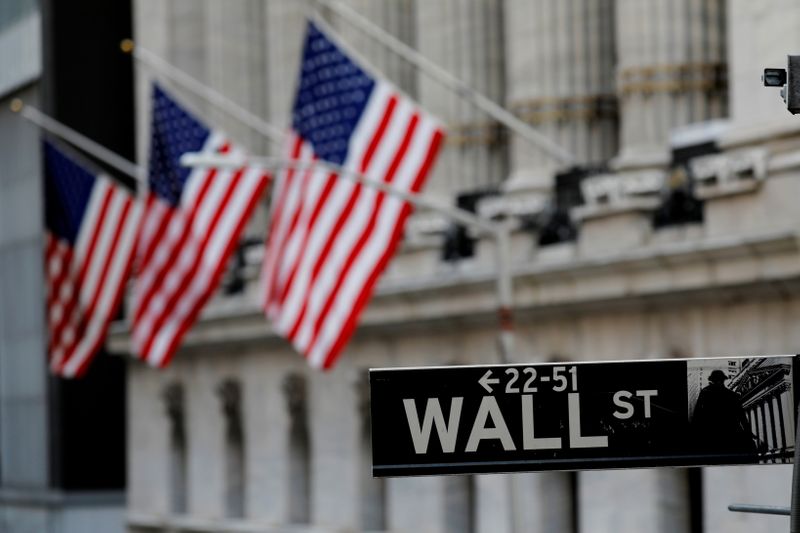 (In Feb. 3 story, corrects 4th paragraph to say January instead of month)

NEW YORK (Reuters) - U.S. companies are on track to post earnings growth for the fourth quarter of 2020, data from Refinitiv showed on Wednesday, which would defy expectations for profits to have dropped due to the pandemic.

If the current projection holds, it would be the first quarter of profit growth for S&P 500 companies since the end of 2019.

Based on results from 223 companies and estimates for the rest, S&P 500 earnings are expected to have risen 0.9% in the fourth quarter of 2020 from a year ago.

At the start of January, analysts had been expecting a 10.3% decline in fourth-quarter earnings from a year earlier, per Refinitiv's data, following a year of weakness due to the impact of the coronavirus pandemic.

Upbeat fourth-quarter results would bolster expectations for a strong rebound in earnings in 2021 and help to ease investor worries that valuations are overstretched.

U.S. stocks have risen to record highs even as the pandemic has raged, largely because of optimism the economy would improve with the rollout of vaccines.

Apple, Microsoft, Facebook, JPMorgan Chase & Co. and Goldman Sachs were among the other main contributors, he said.

"Big business in America has learned how to manage through the COVID crisis," said Rick Meckler, partner, Cherry Lane Investments, a family investment office in New Vernon, New Jersey. "It's the small companies, the family-owned businesses, restaurants and some specific industries that have been badly hurt.

"With technology in particular, businesses found a way to move work to home and a lot of those companies benefit from that. That's what's caused them to outperform so greatly throughout the crisis," he said.

Some 83% of the S&P 500 company fourth-quarter reports released so far have beaten analysts' earnings expectations, above the 76% average of the past four quarters, Refinitiv's data showed.

Revenue growth for S&P 500 companies also is now expected in the fourth quarter. Analysts forecast a year-over-year gain of 0.7% as of Wednesday. At the start of the month, they had been expecting a 1.4% year-over-year decline in fourth-quarter 2020 revenue.