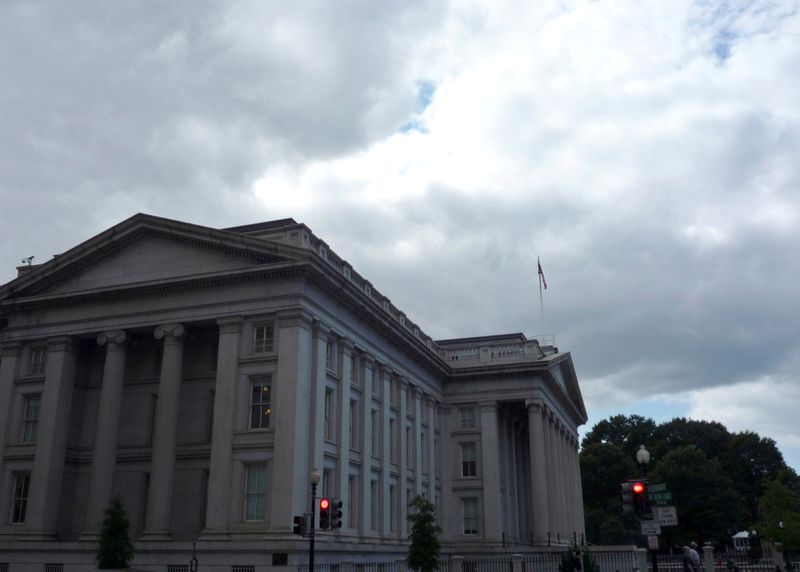 WASHINGTON (Reuters) - The U.S. Treasury on Thursday launched a new program to infuse $9 billion into minority and community lenders to boost financing for small businesses and consumers struggling with the coronavirus pandemic in low-income and underserved communities.

The Emergency Capital Investment Program, funded as part of a $900 billion COVID-19 aid bill signed into law at the end of 2020 by former president Donald Trump, will provide $9 billion in capital to Community Development Financial Institutions (CDFIs) and minority depositary institutions.

These institutions, from small mortgage lenders to minority-owned banks and rural credit unions and other lenders, will be able to increase loans and grants to their communities and extend forbearance to struggling customers, Treasury officials said.

Treasury Secretary Janet Yellen said in a statement that the program, negotiated in part by her predecessor, Steven Mnuchin, was aimed at reducing "financial services deserts" in low-income communities that have worsened during the pandemic.

"The Emergency Capital Investment Program will help these places in that the financial sector hasn't typically served well. It will allow people to access capital, especially in communities of color."

Yellen's team developed a new capital multiplier formula to reward lenders with lower interest or dividend costs on Treasury capital that is used to make the most challenging loans in the poorest communities, Treasury officials said.

The $9 billion program, coupled with $3 billion in other support for CDFIs and minority lenders as part of the year-end COVID bill, could make a large impact on community lenders.

Research from the Federal Reserve Bank of Richmond shows that as of August 2019, there were 1,076 certified U.S. CDFIs, which could be banks, community development corporations, venture capital funds, loan funds, or credit unions with a mission to serve low and moderate income communities. The number of non-certified CDFIs is unknown, the bank said.