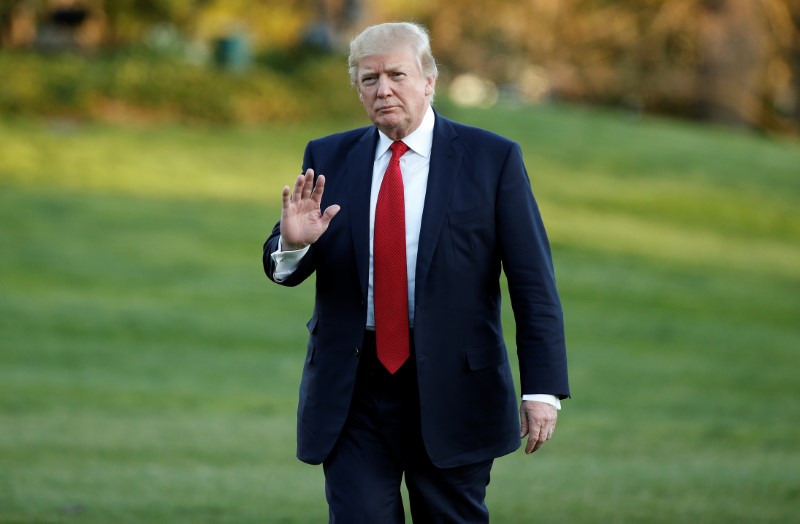 U.S. President Donald Trump waves as he walks from Marine One upon his return to the White House in Washington, U.S., April 9, 2017. REUTERS/Joshua Roberts - RTX34UUD

Trump has pledged to unlock $1 trillion in private and public infrastructure investments to fix bridges, improve the electrical grid and broadband internet, modernize airports and potentially rebuild hospitals for veterans. Nearly three months after his inauguration, Trump will again seek the advice and funds of the private sector for his "national rebuilding" program.

The chief executives are part of Trump's "Strategy and Policy Forum" that was created in December and last met with the president on Feb. 3.

BlackRock CEO Larry Fink, who heads the world's largest investment management firm, in a letter to shareholders Monday backed calls for private investment to rebuild U.S. infrastructure. The Trump administration plans to unveil as soon as May the $1 trillion infrastructure plan over 10 years.

"Fixing crumbling roads and bridges is not enough. We need to be focused on reshaping our world, not just repairing it," Fink wrote.