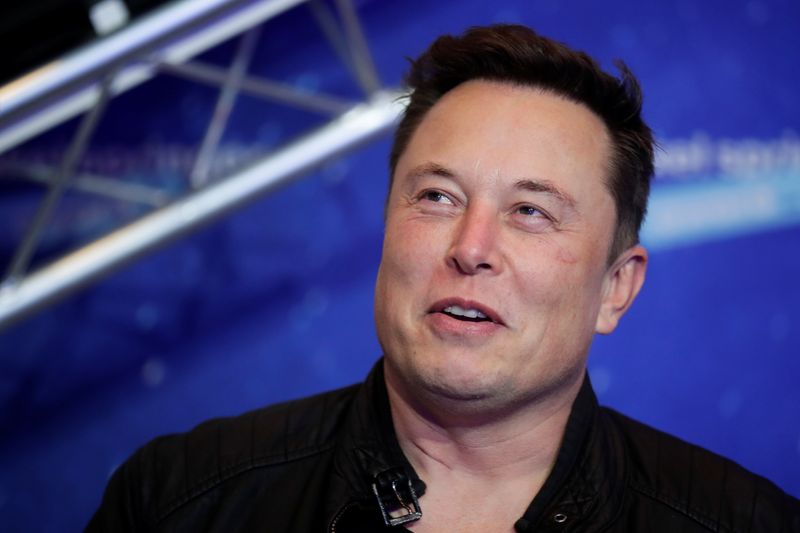 FRANKFURT (Reuters) - Tesla Chief Executive Elon Musk on Tuesday said he was open to discussing a merger of his start-up electric carmaker with a rival.

Speaking at an Axel Springer event in Berlin, Musk was asked whether he would consider buying a rival carmaker given that Tesla's market value of more than $500 billion would make it easy to launch a takeover bid.

"We are definitely not going to launch a hostile takeover. If somebody said it would be a good idea to merge with Tesla, we would have this conversation," he said.