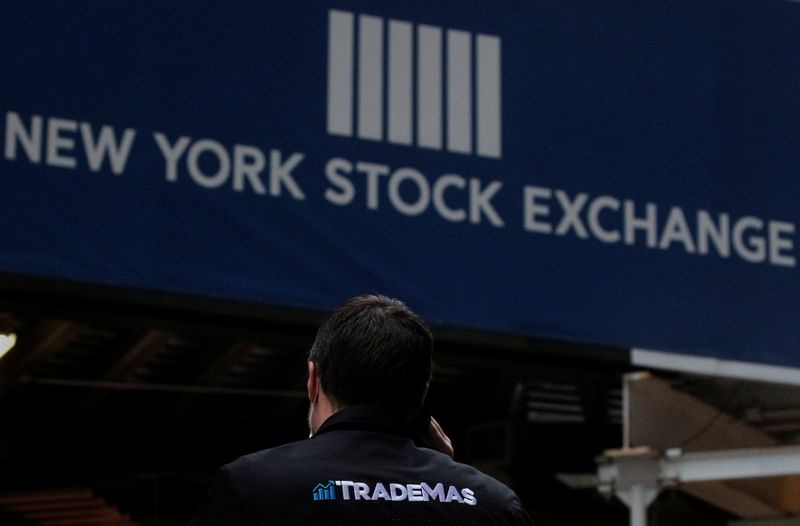 NEW YORK (Reuters) - U.S. stocks suffered their biggest one-day percentage drop in three months on Wednesday, adding to losses after the latest Fed statement as major indexes were also pressured by a slump in Boeing and a selling of long positions by hedge funds.

Shares of videogame retailer GameStop Corp and movie theater operator AMC Entertainment Holdings Inc each more than doubled on Wednesday, continuing a torrid run higher over the past week, as amateur investors again piled into the stocks, forcing short-sellers such as Citron and Melvin to abandon their losing bets.

"It's a dangerous game to play from both sides of the spectrum, whether you're long or short," said Matthew Keator, managing partner in the Keator Group, a wealth management firm in Lenox, Massachusetts. "You get close enough to the fire you're going to get burned."

After briefly paring losses, declines accelerated in the wake of the policy statement from the Federal Reserve. The central bank kept overnight interest rate near zero and made no change to its monthly bond purchases, as was widely expected, and pledged to keep that support intact until a full economic rebound is in place.

"Given the continued concerns around COVID and disappointingly slow rollout of the vaccine, the US economy is likely to lose momentum in the first quarter of the year," said Seema Shah, chief strategist at Principal Global Investors in London.

"Yet with fiscal stimulus having taken over from monetary policy as the only game in town, it was always doubtful the Fed would announce any new actions this month."

Each of the three major U.S. indexes saw their biggest daily percentage decline since Oct. 28. The declines also pushed the benchmark S&P index into negative territory for the year.

Boeing Co fell 3.97% and was among the top drags on the Dow after the planemaker took a hefty $6.5 billion charge on its all-new 777X jetliner due to the COVID-19 pandemic and the aftermath of a two-year safety crisis over its 737 MAX.

In a week packed with quarterly earnings from mega-cap companies, Microsoft Corp initially rose after its results as the software maker continues to benefit from remote working and learning trends globally but erased most of those gains as part of the broader market slump and ended up 0.25%.

Microsoft's results did set a positive tone, however, for other technology-related companies including Apple Inc and Facebook Inc, which reported quarterly numbers after the closing bell.

Facebook shares edged up 0.68% while Tesla fell 2.10% after the close as the social media giant and electric automaker reported results. Apple shares also dipped in extended trade after its results. [nL1N2K22EX]

These heavyweight majors have recently come back into favor after blowout results from streaming giant Netflix Inc, and as investors dumped economy-linked banks, energy and small-cap stocks.

But concerns about heightened stock market valuations, rising coronavirus cases and uneven distribution of vaccine rollouts have heightened investor worry about a pullback and increase in volatility in the near-term.

The CBOE Market Volatility index, often used as a gauge for investor anxiety, closed at a high of 37.21, its highest since Oct 30.

Walgreens Boots Alliance Inc was a bright spot on the day, as shares rose 4.05% after the drugstore chain named the outgoing chief operating officer of Starbucks, Roz Brewer, as its CEO.

Volume on U.S. exchanges was 23.42 billion shares, well above the 14.31 billion average for the full session over the last 20 trading days.

Declining issues outnumbered advancing ones on the NYSE by a 4.91-to-1 ratio; on Nasdaq, a 5.36-to-1 ratio favored decliners.