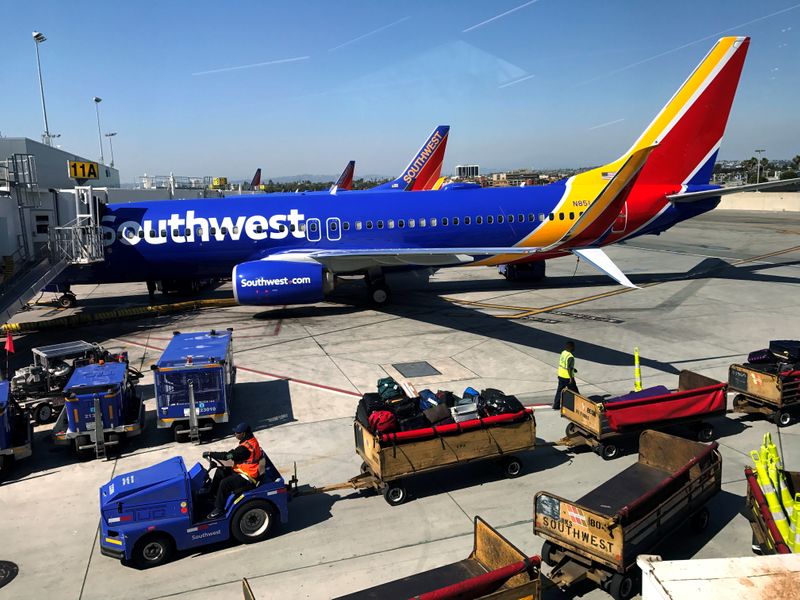 U.S. airlines are preparing for a rebound in summer bookings after nearly a year in the doldrums due to the COVID-19 pandemic and accompanying travel restrictions.

"Vaccinations are on the rise, and COVID-19 hospitalizations in the United States are down significantly from their peak in January 2021," said Chief Executive Officer Gary Kelly.

"As a result, we are experiencing steady weekly improvements in domestic leisure bookings."

The company said it was adding flights and expects second-quarter capacity to rise about 90% from a year earlier, but about 15% below 2019 levels, when air travel was not hit by the COVID-19 crisis.

Second-quarter average core cash burn is expected to be between $2 million and $4 million per day, Southwest said, compared with about $13 million per day in the previous three months.

Analysts on average had expected Southwest to report a loss of $1.85 per share and revenue $2.07 billion, according to IBES data from Refinitiv.

(Reporting by Sanjana Shivdas and Ankit Ajmera in Bengaluru; Editing by Sriraj Kalluvila)