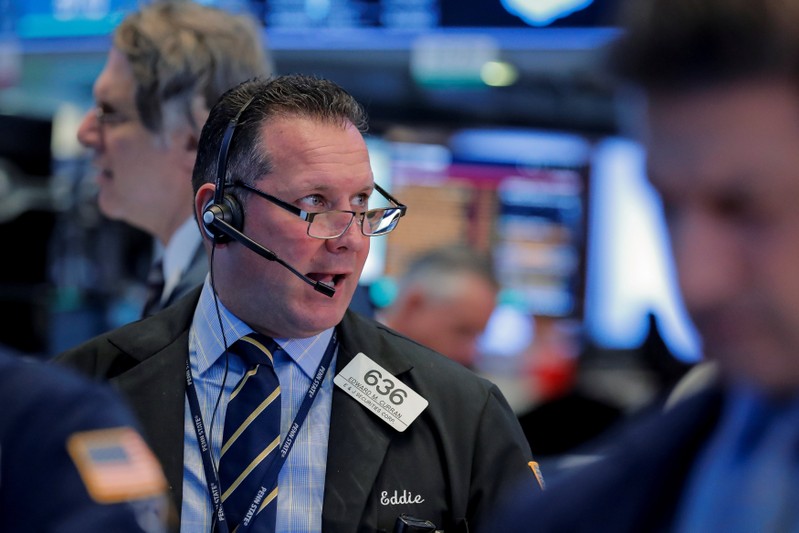 (Reuters) - A broad-based rally pushed the S&P 500 and the Nasdaq to record-high closes for the second straight session on Monday as a trade agreement reached between the United States and Mexico buoyed investor sentiment.

Technology stocks led the Nasdaq above the 8,000 mark for the first time and the sector provided the biggest boost to the S&P 500.

A senior U.S. trade official announced a deal with Mexico to replace the North American Trade Agreement and said talks with Canada were expected to begin immediately.

The upbeat trade outlook was further boosted by news that Washington was pressuring the European Union to accelerate tariff talks.

Disputes between the United States and its trading partners have been a drag on investor sentiment for much of the year despite solid economic fundamentals and two robust quarters of corporate earnings.

"It takes a long time for people to come out of the concerns related to those thousand-point down days and feel a little bit more comfortable," said Robert Pavlik, chief investment strategist at SlateStone Wealth LLC in New York. "And the trade concerns and the tariffs, that played a part in it, that's what held it back.

Of the 11 major sectors of the S&P 500, nine ended the session in positive territory, with the biggest percentage gains in materials <.SPLRCM>, financials <.SPNY> and industrials <.SPLRCI>.

Defensive utilities <.SPLRCU> and real estate <.SPLRCR> sectors were the only percentage losers.

Chipotle Mexican Grill (NYSE: CMG) was the biggest percentage loser in the S&P 500, down 4.8 percent after Wedbush downgraded the burrito chain's shares.

Luxury retailer Tiffany & Co ended the session down 1.3 percent ahead of its second-quarter earnings report expected early on Tuesday.

Advancing issues outnumbered declining ones on the NYSE by a 1.80-to-1 ratio; on Nasdaq, a 1.29-to-1 ratio favored advancers.

Volume on U.S. exchanges was 6.19 billion shares, compared with the 6.27 billion average over the last 20 trading days.