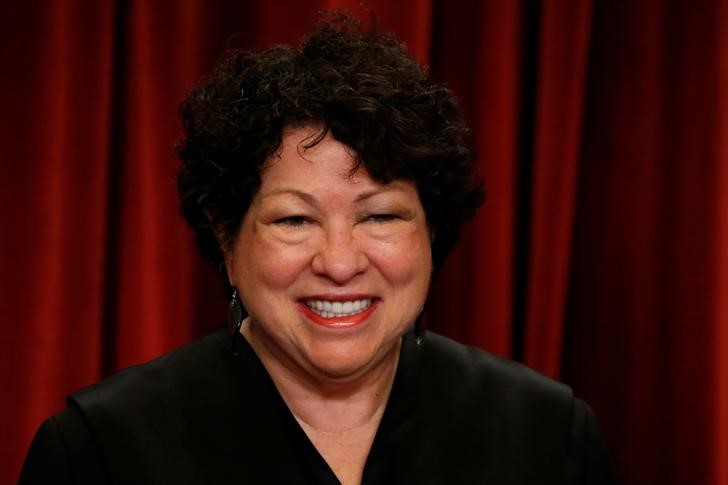 WASHINGTON (Reuters) - U.S. Supreme Court Justice Sonia Sotomayor, a life-long diabetic, was treated by paramedics for low blood sugar at her home in Washington on Friday morning but was able to go to work afterward, a court spokeswoman said.

The 63-year-old Sotomayor, one of the nine-member court's four liberal justices, was diagnosed as a child with type 1 diabetes and has openly discussed her experience with the chronic illness in the past. She was named to the court in 2009 by Democratic former President Barack Obama.

"Justice Sotomayor experienced symptoms of low blood sugar at her home this morning. She was treated by D.C. Emergency Medical Services and is doing fine," spokeswoman Kathy Arberg said in a statement. "She came to work, resumed her usual schedule, and will be participating in planned activities over the weekend."

When she was appointed, Sotomayor became the first Hispanic justice and the third woman to serve on the nation's highest court.

She manages her diabetes through insulin injections, glucose tablets and regular testing of her blood sugar. Sotomayor has been candid about her previous struggles and scares that led her to be more open about the disease.

News website Axios reported in October that Republican President Donald Trump predicted he would get to appoint a justice to replace Sotomayor because of her health. "No good. Diabetes," Axios quoted him as saying.

Trump already has appointed one justice to the nine-seat court, conservative Neil Gorsuch.

(Reporting by Andrew Chung; Editing by Will Dunham)