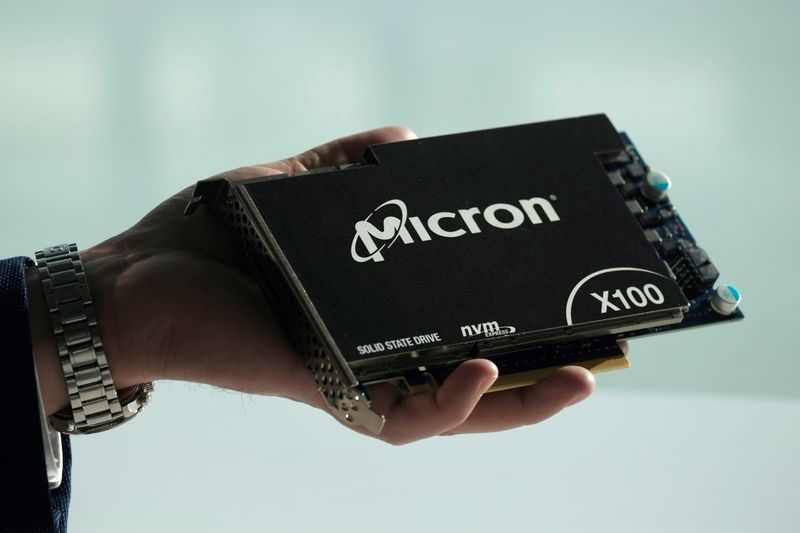 (Reuters) - Micron Technology Inc on Tuesday said it will put a chip factory in Lehi, Utah up for sale as it quits making a type of memory chip it jointly developed with Intel Corp nearly a decade ago.

Lehi is Idaho-based Micron's only factory making what it calls 3D Xpoint memory, a form of memory chip that aimed to find a price-to-performance sweet spot between the two dominant forms of memory chip: DRAM, which is fast but pricey, and NAND, which is slower but cheaper. The factory will be sold in a transaction expected to close by the end of this year, company officials told Reuters.

Micron introduced its first products https://www.reuters.com/article/us-micron-tech-idCAKBN1X32FE based on the technology in 2019 with a set of solid-state drives aimed at data center customers. Sumit Sadana, Micron's chief business officer, told Reuters in an interview that they received a tepid response from customers because they would have had to re-write large portions of their software to take advantage of the new type of memory.

Low demand means Micron cannot scale up manufacturing to a high enough volume to justify the costs of continuing to develop the chips, Sadana said. He said the under-use of the factory is slated to cost Micron $400 million this year.

"We will have a (return) on this new investment that will be much higher because it will be easier for the software ecosystem to adopt," Sadana said.

Micron jointly developed the 3D Xpoint memory with Intel Corp starting in 2012. The company currently has a supply agreement with Intel that runs through the end of this year. Intel has said it plans to develop future generations of the chips, for which it uses a different brand name called "Optane," at one of its factories in New Mexico.

Sadana said Micron will keep all the intellectual property associated with 3D Xpoint but is in contact with multiple potential buyers for the factory. While he could not name the parties or how much the factory might sell for, he said the bidders could go beyond memory companies to include makers of computing chips, analog chips or chip contract manufacturers.

"It's a good time to have an asset like this available, because several companies are just completely tapped out from a supply capability perspective," Sadana said.