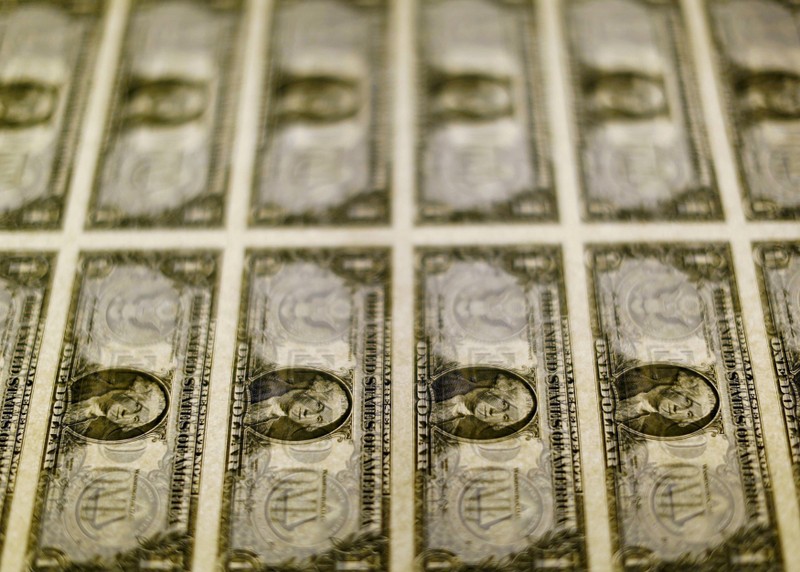 FILE PHOTO: United States one dollar bills are seen on a light table at the Bureau of Engraving and Printing in Washington November 14, 2014. REUTERS/Gary Cameron/File Photo

By Saikat Chatterjee and Maiya Keidan

LONDON(Reuters) - Vicious but short-lived volatility spikes, spectacularly unsuccessful emerging market bets and a dollar U-turn have hit macro hedge funds hard this year, setting them up for the worst year in seven.

Macro funds, which tend to trade currencies and bonds off global macro-economic trends, were wrongfooted -- like almost everyone else - by the world economy, which kicked off the year in robust fashion only to lose momentum. Even the United States is now showing signs of slowdown.

Many 'macro' funds started the year "long" in emerging markets, European stocks, the euro and "short" in the U.S. dollar.

Each one of those calls turned out to be wrong. The dollar gained 5 percent, emerging markets fell and company earnings growth predictions for 2019 have been cut by nearly 20 percent since early 2018.

"It's been a difficult and complex year," said Louis Gargour, chief investment officer of hedge fund LNG Capital. "A number of investors thought the dollar would depreciate, euro would appreciate. Many investors were hurt by headline risk with the wrong bets in macro."

Macro hedge funds lost 4.1 percent in the first 11 months of 2018 and full-year losses could outstrip the 4.2 percent full-year losses the industry made in 2011, according to industry tracker Hedge Fund Research (HFR).

A separate Eurekahedge index, which tracks industry performance, found that while the average macro hedge fund lost 2.6 percent in the year to November, those focused on North America and Europe lost 6.4 percent and 4.7 percent respectively.

In contrast, an HFR index tracking broader industry performance was down 2 percent in this period.

"It's not immediately obvious in a number of asset classes which way it's going to go and macro investors, due to the nature of their mandate, have...had to live with the volatility," Gargour said.

Prominent funds have not been spared either.

EDL and Gemsstock did not respond to multiple requests for comment. A Moore spokesman declined to comment.

(For a graphic on 'U.S. valuations, earnings' click https://tmsnrt.rs/2QkrbsB)

Short dollar bets peaked at a near seven-year high of $27 billion in early-April, futures show. Emerging and European stocks peaked in March and the dollar bottomed out soon after, forcing a scramble among speculators to cover short positions.

Problematically though, none of the trends have held for very long, not even the February episode dubbed "Vol-mageddon" which saw major U.S. stock markets <.SPX> tank 10 percent before recouping half of those losses inside three days.

One London-based hedge fund investor said the number of false breakouts -- a market move when the price of an asset temporarily moves above or below a key technical level monitored by such strategies, then falls back to previous levels -- is up to roughly 80 percent this year from 20 percent historically.

"This is a disaster for the breakout guys," said the investor.

On currencies, many had hoped for a return to volatility -- up-and-down price fluctuations -- which gives hedge funds more opportunities to make money and boosts demand from multi-national firms for hedging services. That didn't materialize, with any volatility spikes proving to be fleeting.

Euro-sterling for instance is broadly flat on the year, with a sub-5 percent trading range despite uncertainty over Brexit and Italy

"You would have hardly made any money trading euro/sterling this year and a lot of the moves in currencies have been like that," said Paul O'Connor, head of multi-asset at Janus Henderson, which has investments in some hedge funds.

Emerging market-focused macro funds have possibly had the most torrid time. Having started the year long in EM currencies after a buoyant 2017, they had to watch the positions being washed out by the surging dollar.

Argentina was an especially a crowded position, severely burning many hedge funds, a London-based manager said.

(For a graphic on 'Equity, bond market volatility' click https://tmsnrt.rs/2REczAH)