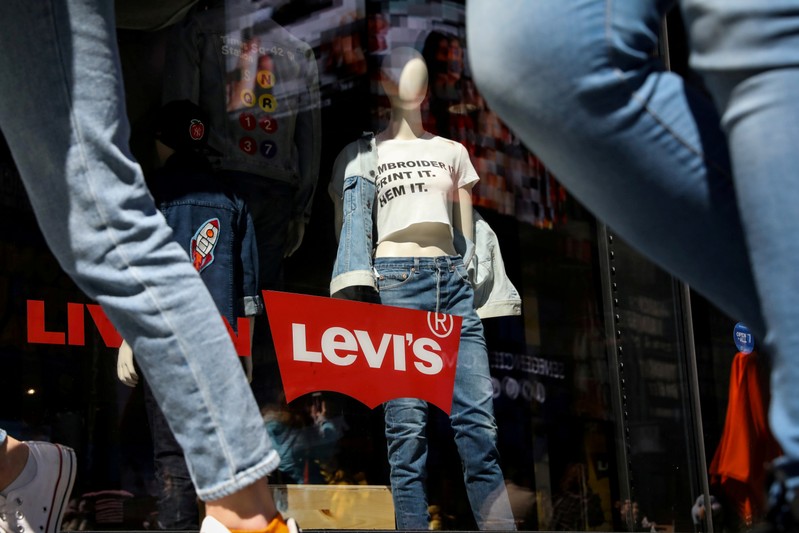 (Reuters) - Levi Strauss & Co posted a 7 percent rise in quarterly revenue on Tuesday in its first report after returning to public markets, as the jeans maker's strategy of expanding its retail stores and investing in its online business paid off.

The company's shares rose nearly 2 percent to $22.25 after the bell having ended the day trading up 2.6 percent.

They are down about 2.5 percent since the company's return to public markets in late March, but remain about 29 percent above the IPO price of $17, as investors bought into the blue jeans inventor's strong performance against the backdrop of a challenging U.S. retail environment.

Levi has branched out of its staple men's blue jeans into product lines such as T-shirts, fleeces and women's apparel to cater to changing customer preferences and the rise of "athleisure" pioneered by Lululemon Athletica Inc.

The efforts helped Levi's revenue rise about 7 percent to $1.43 billion in the first quarter ended Feb. 24, in line with the company's previous revenue expectation of between $1.42 billion and $1.44 billion.

Sales at Levi's direct-to-consumer business that includes company owned stores and its online channels grew 10 percent in the quarter.

"Growth was broad-based across all three regions and all channels, demonstrating that our strategies are working and our investments are paying off," Chief Executive Officer Chip Bergh said.

On an adjusted basis, net income grew 81 percent to $151 million.

Analyst estimates aren't available for Levi as the 12 IPO underwriters that included Goldman Sachs and J.P. Morgan are in the research blackout period until next week.

(Reporting by Aishwarya Venugopal in Bengaluru: Editing by Sriraj Kalluvila and Shounak Dasgupta)