Impossible Foods raises $500 million in funding round led by Mirae 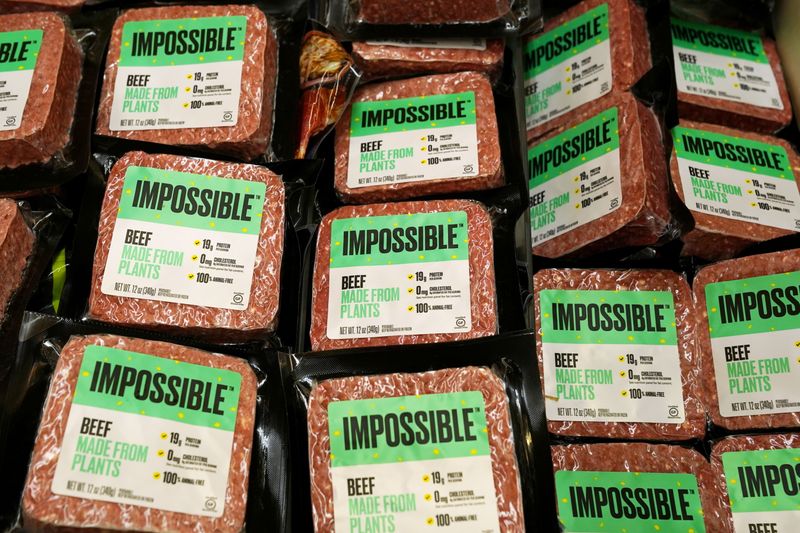 The latest round makes the Beyond Meat Inc rival the most well-funded and richly valued plant-based burger startup in the United States, with more than $2 billion raised since its founding in 2011.

Impossible Foods, valued at about $4 billion in its last fundraise in 2020, did not disclose its latest valuation on Tuesday. The fundraise comes ahead of a potential U.S. stock market listing next year.

Reuters reported in April the Redwood City, California-based company was exploring options for going public at a valuation of $10 billion or more.

The biggest investors in the world have written large checks for plant-based meat makers in recent years, encouraged by a boom in popularity of products considered more climate-friendly and humane.

In March, plant-based meat startup the Livekindly Collective raised $335 million from investors such as TPG's The Rise Fund and Rabo Corporate Investments.

Impossible was founded in 2011 by Stanford University professor Patrick Brown who decided to change his career during a sabbatical in 2009.

Brown wanted to make the global food system sustainable by recreating meat, fish and dairy foods from plants. The startup debuted its first product, the Impossible Burger, in 2016.

It went on to secure backing from celebrities such as tennis star Serena Williams and rapper Jay-Z and has over the past 14 months expanded into four international markets - Canada, the United Arab Emirates, Australia and New Zealand.

(Reporting by Niket Nishant in Bengaluru; Editing by Aditya Soni)