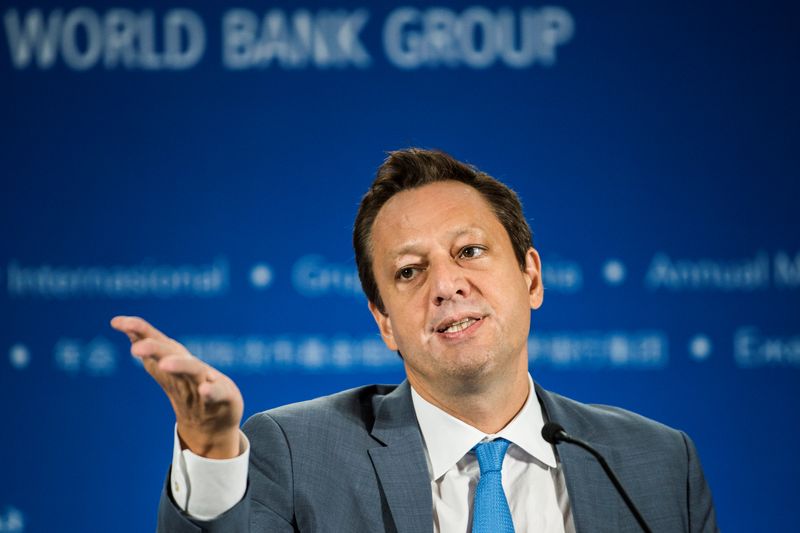 With the S&P 500 index having rallied more than 21% since September, as of Monday, on expectations of a rapid recovery from the pandemic-induced slump, an improved earnings outlook and continued easy monetary policy, equity markets are trading "meaningfully" above fundamentals, raising concerns about "excessive risk-taking," the IMF said in its Global Financial Stability Report on Tuesday.

"The markets are stretched relative to fundamentals when you take uncertainty regarding future economic activity into account," Tobias Adrian, director of the IMF's Monetary and Capital Markets Department, said in an interview, adding that valuations in the tech sector are particularly stretched.

"We are in another tech revolution, a bit like 1999, and there could be an adjustment at some point. But my guess is that in the short run, and perhaps the medium run, financial conditions will remain accommodative and the markets will keep on booming," Adrian said.

With nearly $6 trillion in U.S. government aid since the start of the pandemic and super-easy monetary policy in place, Federal Reserve officials are forecasting economic growth to remain above trend for at least two years to come, at 3.3% in 2022 and 2.2% in 2023.

The S&P 500 and Dow Jones Industrial Average hit fresh record highs on Monday, as a fresh round of strong economic data, including jobs growth, buoyed investor optimism. The S&P 500 is up around 8.5% year-to-date and has gained more than 81% from its March 2020 lows.

January's GameStop saga, which saw users of the social media site Reddit band together to push shares of the video game retailer sharply higher, also "brought to the fore the role of leveraged retail investors in the recent rally," the IMF said.

It also added that the meltdown of New York investment fund Archegos Capital, which has left banks including Credit Suisse and Nomura nursing billions of dollars in losses, also raised questions about opaque leverage and its possible systemic implications, the IMF warned.