Hasbro cautions of a decline in annual revenue amid rising inflation 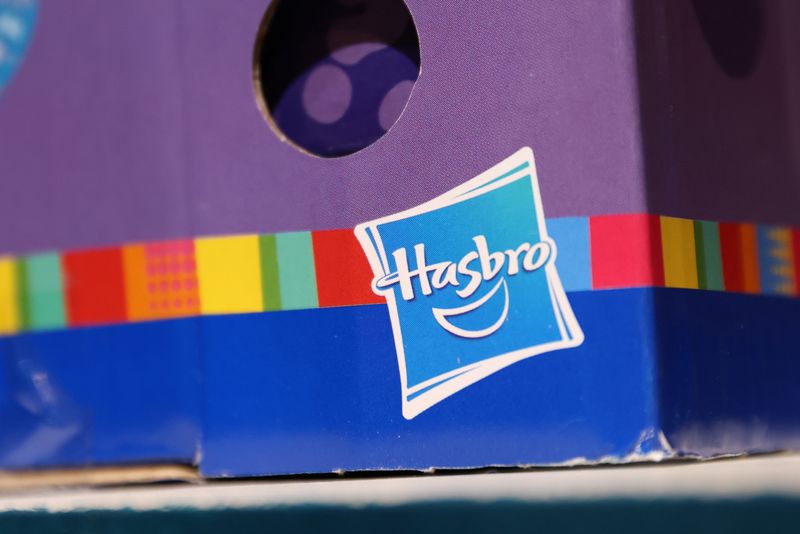 (Reuters) -Hasbro Inc on Tuesday cut its full-year revenue forecast, a sign that price hikes and unabating inflation were prompting consumers to reduce spending on its toys.

While toy companies have been relatively resistant to the impact of decades-high inflation, which rose to 8.3%, analysts have warned rising costs are taking a toll on shoppers and would affect the industry as well.

Analysts at J.P. Morgan have noted investor concerns about retailers potentially reducing the inventory of the toymaker's products heading into the all-important holiday season as consumers increasingly cut discretionary purchases.

Walmart Inc and Target Corp, which have both spelled out plans to drastically reduce inventory levels in recent weeks, together account for over a third of Hasbro's sales, according to UBS.

The Monopoly maker lowered its annual revenue forecast to between flat and slightly down on a constant currency basis from its prior expectation of a low single-digit revenue growth.

Hasbro said it expects third-quarter revenue to decline approximately 15% on a reported basis and 12% excluding the impact of foreign exchange.

Still, the company aims to increase profit by 50% over the next three years, with plans to expand margins to 20% by 2027 as they focus on selling more toys and games such as Peppa Pig and Nerf Guns directly to consumers and via online channels. Hasbro reported an operating margin of 16.4% in the third quarter.

The largest U.S. toymaker also forecast it will report annual revenue of $8.5 billion or greater by 2027.