Germany removes Tesla from subsidies list as too pricey 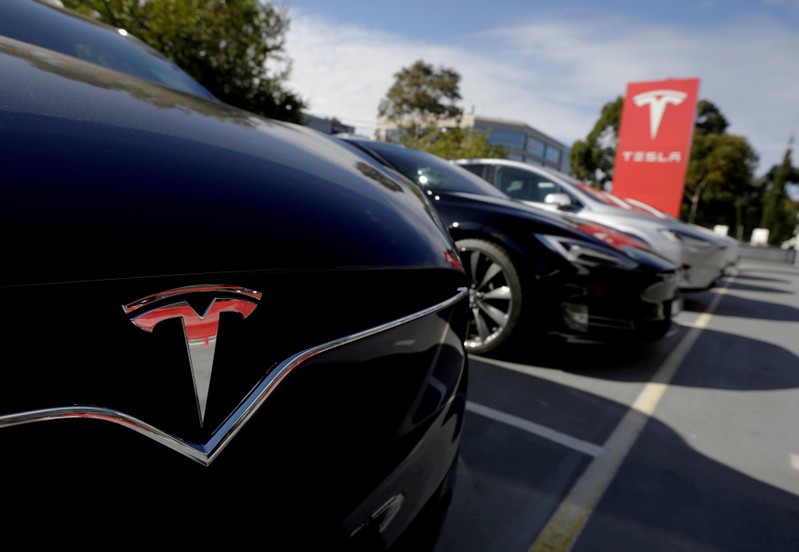 FILE PHOTO: A Tesla Model X is seen alongside a Model S at a Tesla electric car dealership in Sydney, Australia May 31, 2017. REUTERS/Jason Reed/File Photo

BERLIN (Reuters) - A German government agency has removed Tesla from the list of electric cars eligible for subsidies, sparking a row with the U.S. company over whether its Model S is too expensive to qualify for the scheme.

Tesla customers cannot order the Model S base version without extra features that pushed the car above the 60,000 euro ($71,500) price limit, a spokesman for the German Federal Office for Economic Affairs and Export Controls (BAFA) said on Friday.

"This is a completely false accusation. Anyone in Germany can order a Tesla Model S base version without the comfort package, and we have delivered such cars to customers," Tesla said in a statement.

The carmaker said the upper price limit was initially set by the German government to exclude Tesla, but later a compromise was reached "that allows Tesla to sell a low option vehicle that qualifies for the incentive and customers can subsequently upgrade if they wish."

It said, however, it would investigate whether any car buyers were denied the no-frills version.

"If a sales person told a customer they could not buy the Model S base version without the comfort package, this is not accurate and clearly outside our policies and procedures and we will investigate and take appropriate action as necessary.â

German magazine Auto Bild had reported that BAFA was looking into the Tesla issue and could take the company's cars off the eligibility list.