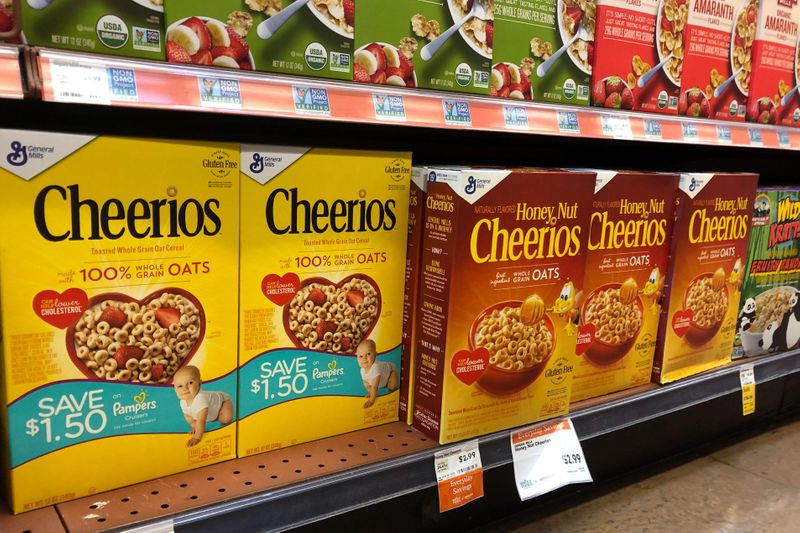 (Reuters) - General Mills Inc will focus on eight key markets and five global product categories, including ice cream, cereal and Mexican meals, as the Betty Crocker cake mixes maker seeks to reach its long-term goal of up to 3% growth.

The Cheerios maker benefited from the trend to cook more at home during the pandemic and is now looking to cement the strong profits and market share gains it made during the health crisis.

The new "Accelerate" strategy will also see higher investments behind top-selling local brands such as Pillsbury, Totino's, Yoki and Kitano, and bolt-on acquisitions and divestitures that represent 5% of net sales.

General Mills will prioritize investments in eight core markets, including the United States, Brazil and India, and allocate "outsized resources and investments" on the five global product platforms that generate 45% of overall sales, Chief Executive Officer Jeff Harmening said at the Consumer Analyst Group of New York conference on Tuesday.

The new plans are part of efforts to reach a long-term organic sales growth target of 2% to 3% and mid- to high-single-digit adjusted earnings per share growth in constant currencies.

The Yoplait yogurt maker will also accelerate its media spending from mid-single-digit to high-single digits in fiscal 2021, while re-affirming its targets for the second half of the year.

(Reporting by Siddharth Cavale and Praveen Paramasivam in Bengaluru; Editing by Sriraj Kalluvila)