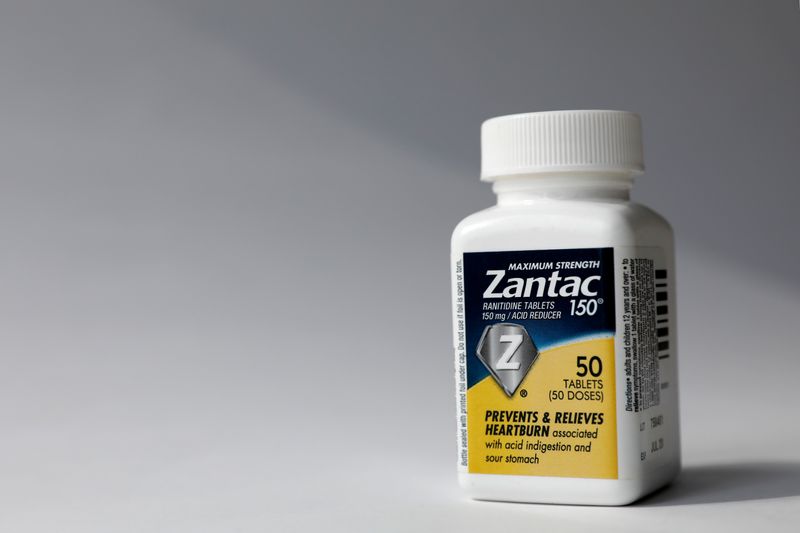 (Reuters) - Drugmakers GSK Plc, Pfizer Inc, Sanofi SA and Boehringer Ingelheim on Tuesday were spared thousands of U.S. lawsuits claiming that the heartburn drug Zantac caused cancer, as a judge found the claims were not backed by sound science.

The ruling by U.S. District Judge Robin Rosenberg in West Palm Beach, Florida, knocks out about 50,000 claims in federal court, though it does not directly affect tens of thousands of similar cases pending in state courts around the country.

"We are extremely surprised by this miscarriage of justice," and "fully expect" the ruling will be reversed on appeal, lawyers for the plaintiffs said in a joint statement.

A Sanofi spokesperson said the decision "significantly decreases the scope of the litigation potentially by over 50%," with the remaining litigation being only in state court.

A spokesperson for GSK said the company welcomed the decision and Pfizer said it was pleased by the outcome.

Privately-held German drugmaker Boehringer said in a statement that it looked forward to "continuing our vigorous defense of the remaining cases in state courts."

All the drugmakers have denied that Zantac causes cancer.

Zantac, first approved in 1983, became the world's best selling medicine in 1988 and one of the first-ever drugs to top $1 billion in annual sales. Originally marketed by a forerunner of GSK, it was later sold successively to Pfizer, Boehringer Ingelheim and finally Sanofi.

Numerous generic drugmakers also launched versions of the medicine, but none are defendants in the cases in federal court.

In 2019, some manufacturers and pharmacies halted sales of the drug over concerns that its active ingredient, ranitidine, degraded over time to form a chemical called NDMA. While NDMA is found in low levels in food and water, it is known to cause cancer in larger amounts.

The U.S. Food and Drug Administration in 2020 pulled all remaining brand name Zantac and generic versions off the market, citing research showing the amount of NDMA in the products increases the longer the drug is stored and could potentially become unsafe.

Lawsuits began piling up soon after the recalls began from people who said they developed cancer after taking Zantac. Plaintiffs said the companies knew, or should have known, that ranitidine posed a cancer risk and that they failed to warn consumers.

The litigation initially included claims of over 10 types of cancer allegedly linked to the medicine, but were later narrowed to five - bladder, esophageal, gastrointestinal, liver and pancreatic. Some claims involving other cancers remain in state courts.

All of the cases filed in federal courts nationwide were consolidated before Rosenberg in Florida.

In Tuesday's order, she found that expert witnesses the plaintiffs planned to use to establish that Zantac can cause cancer could not be admitted in court because they "systemically utilized unreliable methodologies" and showed "a lack of internally consistent, objective, science-based standards for the evenhanded evaluation of data."

State court judges will also have to rule on whether to allow plaintiffs' experts on Zantac's alleged cancer risks before state cases can go to trial.

The legal standards for evaluating experts in many states are similar to the federal standard used by Rosenberg, but state judges could rule differently.

The first state trial is currently scheduled to begin in February in California.