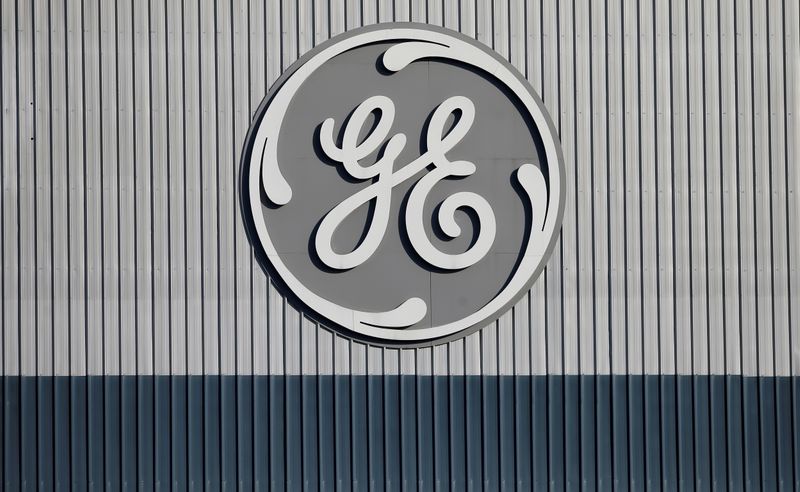 FILE PHOTO: The logo of U.S. conglomerate General Electric is pictured at the site of the company's energy branch in Belfort, France, February 5, 2019. REUTERS/Vincent Kessler/File Photo GLOBAL BUSINESS WEEK AHEAD

The performance came largely on the back of improved operational management and recovery in the company's power and renewable businesses.

Since taking over the company's reins in 2018, Culp has been focusing on lean-manufacturing practices aimed at eliminating waste and continuous improvement. It has helped drive cash savings and rendered GE's businesses more profitable.

For example, its gas power division, which competes with Mitsubishi and Siemens, stopped burning cash a year earlier than GE previously indicated. Its non-gas power business reported the first profit growth this quarter in two years.

Meanwhile, equipment orders for renewable energy grew for the first time since the third quarter of 2019, driven by large onshore wind orders in North America and offshore wind orders from the Dogger bank wind farm in the United Kingdom.

Culp has described GE's turnaround as "a game of inches." In a phone interview, he said the company still has a lot to do.

He said the company's 2021 outlook was "achievable" on the back of a "strong" performance in healthcare and "continued progress" in its power and renewable businesses.

"Those three businesses, for the most part, have found a level of stability and relative predictability amid the pandemic," he told Reuters.

GE's shares have gained over 60% since late October on hopes that the worst is over for the company as a recovery in air travel would boost its aviation business, usually its most profitable and most cash-generative segment. Its shares were last trading up 5.2% at $11.57.

The company, however, expects aviation revenue to be flat to up this year with air traffic forecast to recover in the second half.

Culp said while the return of Boeing Co's 737 MAX jets - which use GE's engines - is a "positive" for the conglomerate, it will not change the trajectory of its aviation business in the near-term.

In response to the pandemic-induced business turmoil, GE cut costs by more than $2 billion and took other steps to save $3 billion in cash last year, resulting in thousands of layoffs at its aviation unit.

Culp said the unit will likely see a "little bit" of more cost cuts this year. Those details, however, are still being worked out, he said.

Free-cash flow is closely watched by investors as a sign of the health of GE's operations and ability to pay down debt.

Overall, the company expects an improvement in its industrial business this year, forecasting a low-single-digit growth in revenue.