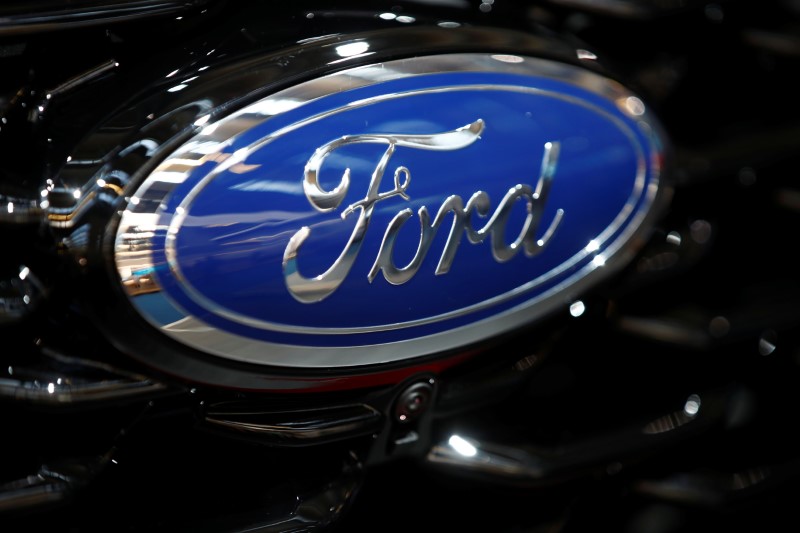 DETROIT (Reuters) - Ford Motor Co (NYSE: F) on Thursday moved to hoard cash on its balance sheet, drawing down $15.4 billion from two credit lines and suspending its dividend, in a move to bolster reserves to ride out damage to its business from the coronavirus pandemic.

The No. 2 U.S. automaker, whose shares closed off slightly after sinking as much as 8.9% earlier in the day, also abandoned its 2020 financial forecast and said the cash would be used to deal with a squeeze on capital caused by shutdowns in production due to the fast-spreading virus.

The move will give Ford more than $37 billion in cash, almost matching the revenue it reported in the fourth quarter. That dwarfs the company's market capitalization of about $18 billion.

Morgan Stanley analyst Adam Jonas said in a research note that corporate liquidity during the outbreak was "top of mind" and that U.S. automakers had strong balance sheets.

The coronavirus outbreak, which started in China last year, has caused about 219,000 infections and more than 8,900 deaths globally.

"We're at war with the virus and Ford is going to win," Hackett told employees on a video conference.

Ford has come under fire from some analysts on Wall Street for moving too slowly to cut costs and restructure its business.

At the end of last year, it had booked only $3.7 billion of the projected $11 billion in charges it previously said it would take in its global restructuring.

All three Detroit automakers have seen U.S. employees test positive for COVID-19, the contagious respiratory illness caused by the virus.

Electric carmaker Tesla Inc (NASDAQ: TSLA) on Thursday suspended production at its California car plant, starting March 24, to help stem the spread of the coronavirus, and added that its cash position was strong enough to navigate this period of uncertainty.

The outbreak has already hit other automakers and more are expected to slash their 2020 forecasts.

Evercore ISI analysts said in a research note that such actions "will be an ongoing theme in addition to the removal of (stock) buybacks."

GM and FCA did not change their profit forecasts on Thursday.

"We are dedicated to managing our cost structure against this dynamic environment," GM said in a statement. "We continue to monitor the situation closely and will make any necessary decisions to stay resilient."

"We are evaluating the impact of all steps being taken inside the company related to the coronavirus emergency on our current financial guidance," FCA said in a statement, adding it would provide an update when it has "sufficient visibility on market conditions."

Shares of Uber Technologies Inc (NYSE: UBER) closed up more than 38% on Thursday after Chief Executive Dara Khosrowshahi said the ride-hailing company had plenty of cash on hand.

"In any crisis, liquidity is key," he said on an investor call.

Ford said on Thursday it notified lenders it would borrow the unused amounts of the two credit lines, totaling $15.4 billion. The Dearborn, Michigan-based company had $22 billion in cash at the end of last year.

The dividend suspension will save Ford money at an annual rate of $2.4 billion.

The company said it was prioritizing financial flexibility and investments in future technologies such as self-driving cars and a series of important 2020 vehicle launches including a redesigned version of its top-selling F-150 full-size pickup truck.

Ford also withdrew its 2020 profit outlook. In February, before the coronavirus hit the United States, it offered a weaker-than-expected forecast for earnings in the range of 94 cents to $1.20 a share.

Ford said it would update its outlook when it reports first-quarter results on April 28.

Also on Thursday, Ford said it would offer new-car buyers up to six months of payment relief. Some U.S. dealers have begun to see sales drop off because of the virus, which has already drastically hurt demand in other countries.

(Reporting by Ben Klayman in Detroit; Additional reporting by David Shepardson in Washington and Rachit Vats in Bengaluru; Editing by Bernadette Baum and Matthew Lewis)