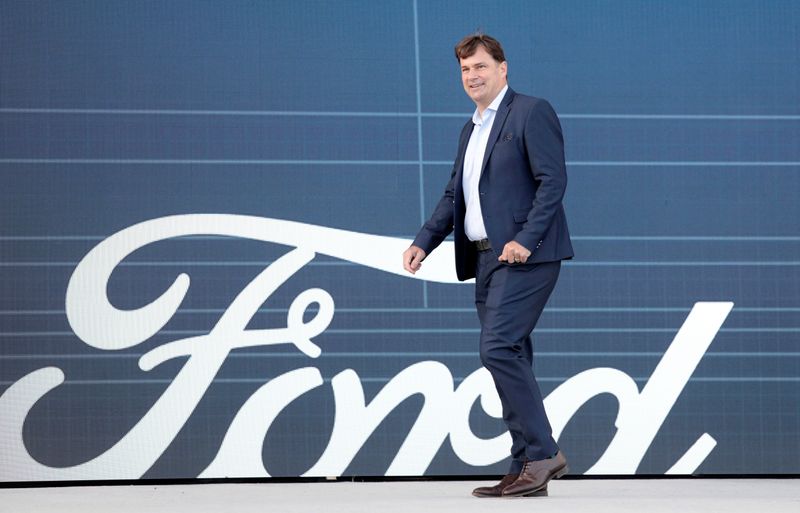 (Reuters) - Ford Motor Co's Chief Executive on Wednesday called on the U.S. government to support battery production and charging infrastructure development, as he outlined the automaker's plan to develop electric platforms for its top-selling trucks, vans and SUVs.

"We need to bring large-scale battery production to the U.S.," Ford CEO Jim Farley said at a financial conference, adding that he planned to highlight the issue in talks with government leaders.

President Joe Biden is meeting with lawmakers Wednesday to discuss how to secure supplies of electric vehicle batteries, semiconductors used in vehicles, rare earths and pharmaceuticals.

"We can't go through what we're doing now with chips," he said, referring to the shortage of imported semiconductors that has caused the temporary shutdown of several U.S. auto plants.

Ford will work with partners to develop electric vehicle architectures for less profitable vehicles in Europe and China, Farley said.

He said Ford expects to launch a commercial automated vehicle business by 2025 and is working now on a strategy that could include automated delivery of goods.

He also said Ford wants to build recurring revenues from both digital services and physical services, such as vehicle charging and repairs, especially for its growing base of commercial customers.

(Reporting by Paul Lienert in Detroit; Editing by David Gregorio)