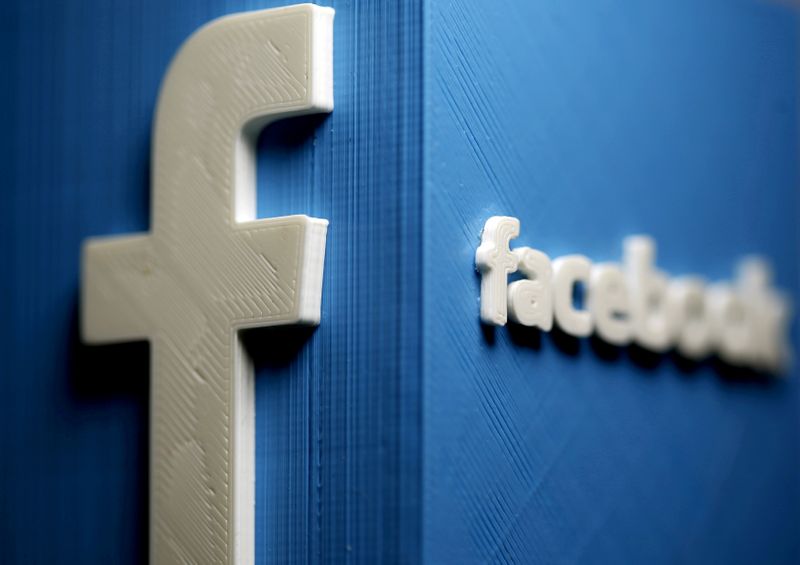 FILE PHOTO: A 3D plastic representation of the Facebook logo is seen in this illustration in Zenica, Bosnia and Herzegovina, May 13, 2015. REUTERS/Dado Ruvic

(Reuters) - Facebook Inc said on Wednesday it is starting to remove the recommendations it gives global users for political and social issue Facebook groups, a move it has billed as turning down tension on the site.

The company also announced in a blog post changes aimed at reducing the reach of groups that break site rules, including showing them lower in algorithmic recommendations and alerting people when they go to join a group that has previously violated policies.

Researchers and civil rights organizations have long warned that Facebook groups, a product the company has vigorously promoted as providing places for people with common interests, like sports or music, have also been used to spread misinformation and organize extremist activity.

In an interview on Tuesday, Tom Alison, Facebook's vice president of engineering, said Facebook was aggressively investing in groups.

He said the changes to political and civic group recommendations, which Facebook CEO Mark Zuckerberg announced on an earnings call in January, were due to users wanting to see less political content.

"They want us to turn down the temperature a little bit," said Alison.

He said newly created groups on any topic would need to wait 21 days before becoming eligible for recommendation in order to give Facebook time to understand how a group would operate.

Since 2017, Facebook has made groups a strategic priority, and Zuckerberg credits the feature as a way to foster "meaningful connections." Last year, it stepped up promotion of groups in news feeds and search engine results.

But during the coronavirus pandemic, Facebook stopped recommending health groups to users, saying they needed authoritative sources of information. It also cracked down on certain groups in recent months as part of policy changes to curb "militarized social movements."

In the months before the U.S. election and the Jan. 6 Capitol assault, Facebook groups buzzed with misinformation and violent rhetoric. "Stop the Steal" groups rapidly swelled despite the pauses on recommendations.

Facebook said on Wednesday it would require group moderators to temporarily approve posts for groups with a "substantial" number of rule-breaking members or members who were part of other groups removed for rule violations.

It also said it would show rule-breaking groups' content lower in members' news feeds and temporarily stop repeat rule-breaking members from being able to post or create new groups.

Facebook's Alison declined to say what criteria would determine when a rule-breaking group or its members would be removed from the platform.