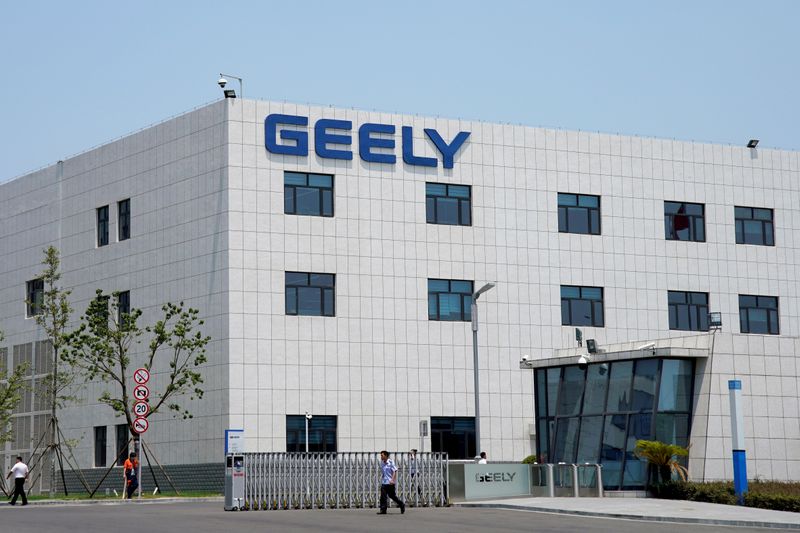 By Yilei Sun and Tony Munroe

BEIJING (Reuters) - China's Geely plans to roll out electric vehicles under a new marque with different branding and sales strategies, people familiar with the matter said, as the Volvo owner looks to take on its main EV rival Tesla with higher-end vehicles.

The brand, positioned in the premium segment and named "Zeekr", will be housed under Geely's to-be-launched EV entity Lingling Technologies, according to three people, who declined to be named as the plan is not yet public. Reuters reported the plans for Lingling last month.

Geely, the owner of Volvo Cars and 9.7% of Daimler AG, will roll out models under the new marque based on its open-source EV chassis, announced in September and called Sustainable Experience Architecture (SEA), the sources said.

It will be a new attempt to go up-market by Geely, and backs founder and Chairman Li Shufu's long-held ambition to make premium cars "like Mercedes-Benz" in a bid to take on EV leader Tesla Inc.

Geely will open showrooms, or "hubs", in city centres to sell cars at a fixed price, departing from traditions to sell cars through dealerships - marketing tactics pioneered by Tesla, which last year saw sales expand quickly in China, the world's biggest car market.

The plan follows a flurry of tie-ups by Geely earlier this year as the automaker pursues its goal of becoming a leading EV contract manufacturer and engineering service provider.

"Traditional gasoline cars and electric vehicles are two race tracks of business. Geely does not have a clear advantage in electric vehicles at the moment so it appears that it wants to complete its own innovation by creating a new brand," said Alan Kang, analyst at auto consultancy LMC Automotive.

China's automakers largely compete with entry-level and mass-market manufacturers including Volkswagen and Toyota, but EV maker Nio Inc sells cars with higher prices and counts BMW as a rival.

Hangzhou-based Geely also plans a broad array of sales and marketing strategies to seek deeper relationships with the EV buyers. It will open lifestyle lines for clothing and accessories and launch a car owner's club, tactics used by Nio, sources said.

Zeekr is also considering rolling out a share ownership plan that allows customers to become shareholders of Lingling, which management hopes will boost sales and the relationship between brand and customers.

Many conventional automakers have used a new brand to launch their EV units. Geely's rivals including Great Wall, and SAIC Motor have rolled out their respective new standalone EV brands.