EU regulator advises use of Regeneron antibody cocktail for COVID-19 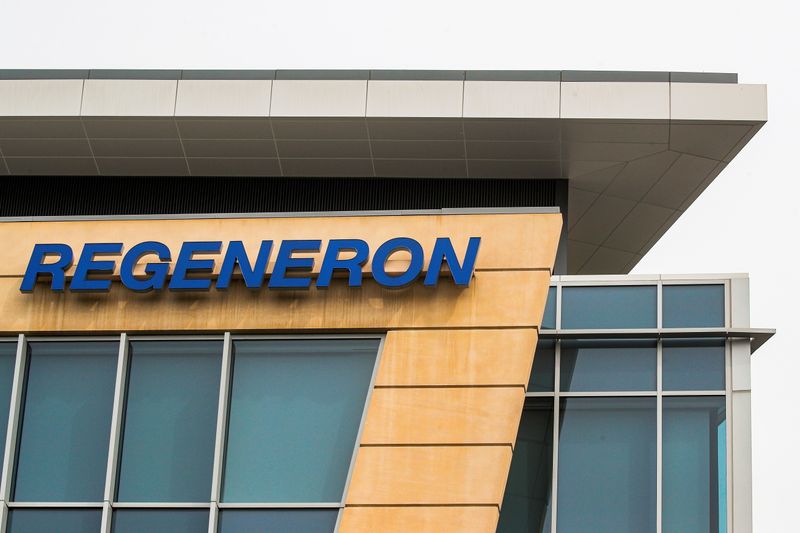 (Reuters) - Europe's medicines regulator said on Friday an antibody drug combination developed by Regeneron Pharmaceuticals can be used to treat COVID-19 patients who do not require oxygen support and are at high risk of progressing to severe illness.

The recommendation can now be used as guidance in individual European nations on the possible use of the combination of casirivimab and imdevimab before a marketing authorisation is issued, the European Medicines Agency (EMA) said. (https://bit.ly/3syYgzB)

Regeneron's antibody cocktail was authorised for emergency use in the United States in November, and was given to former U.S. President Donald Trump during his COVID-19 infection.

The treatment, given via a drip, is part of a class of drugs known as monoclonal antibodies, which are manufactured copies of antibodies created by the human body to fight infections.

"In terms of safety, most side effects reported were mild or moderate, however reactions related to the infusion (including allergic reactions) have been seen and should be monitored for," EMA said.

The regulator said its real-time review of the combination is ongoing and will form the basis for its recommendation for an EU conditional marketing approval. It is also reviewing antibody treatments from Eli Lilly and Celltrion.

Regeneron said on Thursday an independent panel found the treatment to have "clear clinical efficacy" in reducing the rates of hospitalization and deaths in patients.