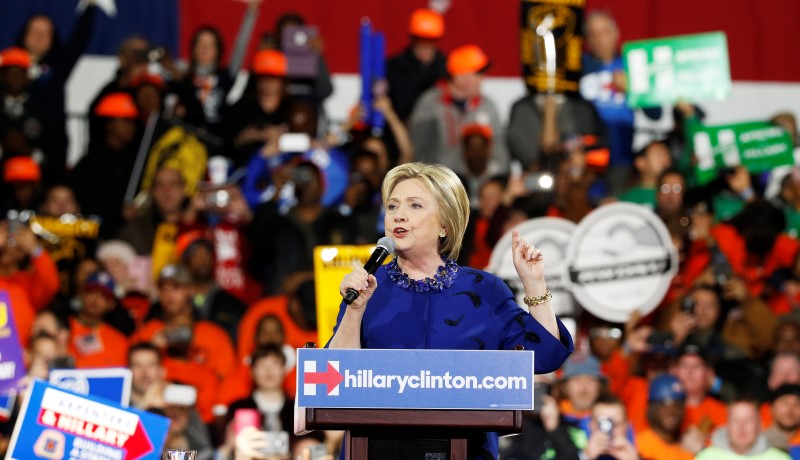 The proposal would rescind tax relief for companies after they move those positions out of the country. Several previous years of tax relief would be clawed back, according to the campaign aide, with revenue then going to encourage investment in the United States.

Clinton will make the proposal on Friday in Detroit, Michigan, during a speech on jobs and the economy. She is the front runner for the Democratic nomination to the November presidential election.

(This version of the story corrects the day in first paragraph to Friday.)