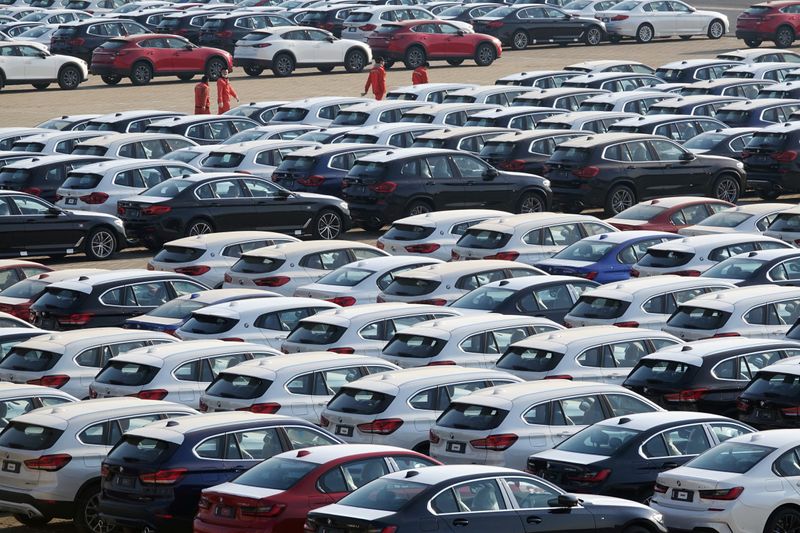 BEIJING (Reuters) - New energy vehicle (NEV) sales in China surged 26% on year to 109,000 units in August for their second consecutive month of gain, a promising sign for automakers that have invested heavily in the world's biggest market for electric vehicles (EVs).

For the full year, NEV sales are likely to reach 1.1 million vehicles, down around 11% from last year, said the China Association of Automobile Manufacturers (CAAM) on Thursday.

"There was a new-car effect in August, as a new mini EV model from GM's local venture and Tesla's Model 3 both sold well," said senior LMC Automotive analyst Alan Kang. "Sales at EV startups like Nio and Xpeng were stable too."

NEV sales in coming months will be around same as in August, Kang said.

China's overall auto sales in August rose 11.6% to 2.19 million vehicles from the same month a year earlier, the fifth consecutive month of gain as China comes off lows hit during the coronavirus lockdown in the first few months of the year.

Sales are still down 9.7% for the first eight months of the year at 14.55 million vehicles, CAAM said.

Sales of trucks and other commercial vehicles, which constitute around a quarter of the market, surged 41.6%, driven by government investment in infrastructure and as buyers upgraded to comply with tougher emissions rules.