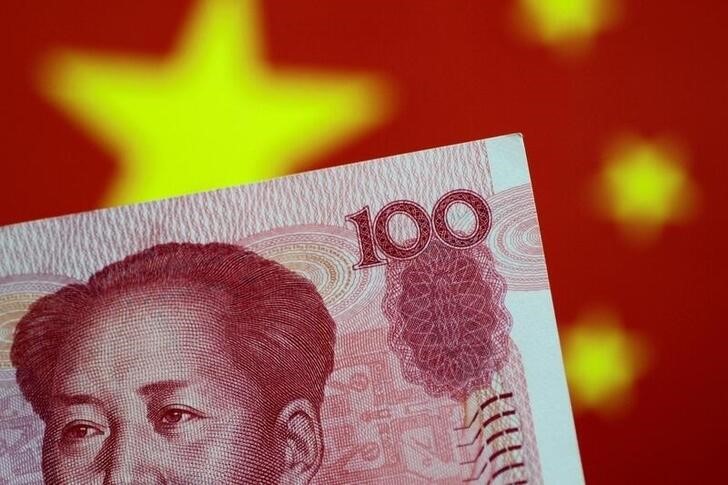 FILE PHOTO: A China yuan note is seen in this illustration photo May 31, 2017. REUTERS/Thomas White/Illustration

BEIJING (Reuters) - China's banking and insurance watchdog said it would seek to stabilise the expectations of foreign investors by continuing with efforts to implement policies designed to expand their market access.

Investors have spooked this year by a series of regulatory actions, often sudden, that have upended norms for companies in the tech, property and private tutoring sectors.

The China Banking and Insurance Regulatory Commission (CBIRC) said it would fully implement planned measures aimed at ensuring overseas investors are treated no less favourably than their Chinese counterparts and which would cut the number of sectors where foreign investment has been prohibited or restricted.

In the 2020 list released by the National Development and Reform Commission, that number of sectors was cut to 123 from 131 the previous year.

After a market rout this week, China has stepped up attempts to calm frayed investor nerves by telling foreign brokerages not to "overinterpret" its latest regulatory actions.