China to step up financial support for wind and solar power 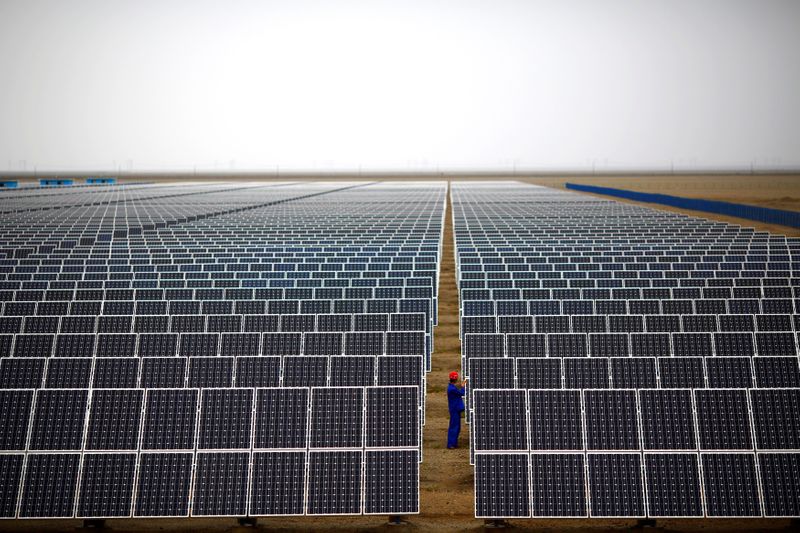 SHANGHAI (Reuters) - China said on Thursday it will step up financial support for the development of wind and solar power generation, as part of its efforts to meet its target for carbon emissions cuts.

China would step up financial support to promote the healthy and orderly development of wind and solar power industries, as some renewable energy companies had encountered difficulties in production and operations due to tight cash conditions, the People's Bank of China (PBOC) said in a statement on Thursday.

President Xi Jinping last year targeted a steeper cut in rates of carbon emissions relative to economic activity by 2030 and set new goals for growth in renewable energy as the country looks to reach the peak of its emissions before the end of the decade.

China will preferentially give subsidies to wind and solar power companies, and further step up credit and loan support, the PBOC said.