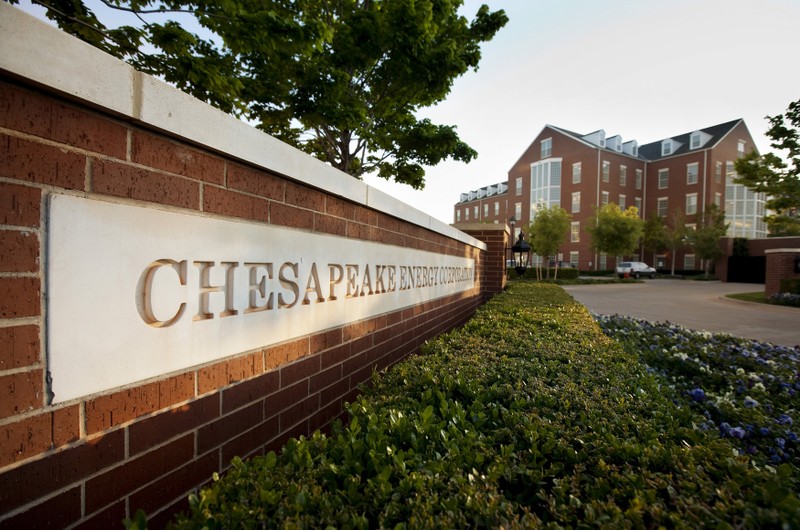 Investors have punished shares of oil and gas producers that have struck deals this year for higher production instead of focusing on improved returns. Denbury Resources (NYSE: DNR), Concho Resources (NYSE: CXO) and Diamondback Energy (NASDAQ: FANG) each fell after disclosing acquisitions this year.

The deal, which includes assumption of WildHorse's debt of $930 million, will increase Chesapeake's shares outstanding by up to 90 percent, diluting existing holders' stakes.

"Investors first response any time they see a company focus on growth is to sell off the stock, believing it pushes the free cash flow horizon further out," said Andrew Dittmar, a mergers and acquisition analyst at DrillingInfo.

The acquisition is expected to give Chesapeake about 420,000 net acres in the Eagle Ford shale and Austin Chalk formations in Texas, and help save between $200 million and $280 million in annual costs over the first five years, the companies said.

The Austin Chalk, which lies atop the Eagle Ford, is undergoing a renaissance as oil producers deploy technology developed in the shale boom to boost output.

"The complementary WildHorse assets build upon our existing Eagle Ford position and with our Powder River Basin position gives us two powerful oil growth engines in our portfolio," Chesapeake Chief Executive Doug Lawler said on a call with analysts.

Chesapeake has been directing its capital toward oil production against a backdrop of rising crude prices and declining natural gas prices. The combination would reduce the company's gas-to-oil split to 68 percent gas, from 72 percent, said analysts at Sanford C. Bernstein.

The Oklahoma City-based company said its shareholders will own about 55 percent of the combined company, while WildHorse shareholders, including private-equity firm NGP, will own the rest.

Chesapeake said it plans to finance the cash portion of the deal, expected to be between $275 million and $400 million, through its revolving credit facility.

Oklahoma-based Chesapeake posted a net profit of $60 million for the third quarter, following a loss of $41 million a year earlier.