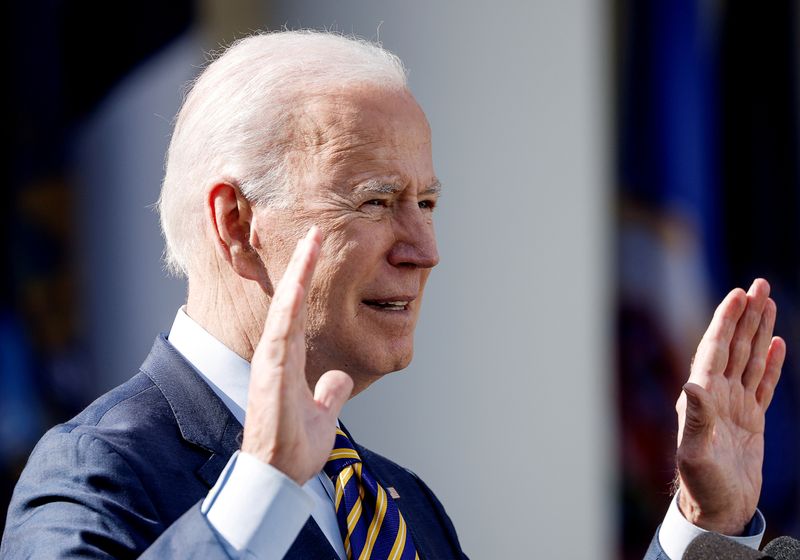 FILE PHOTO: U.S. President Joe Biden speaks about the $1.9 trillion "American Rescue Plan Act" during an event to celebrate the legislation in the Rose Garden at the White House in Washington, U.S., March 12, 2021. REUTERS/Tom Brenner/

"He will pay a price," Biden told ABC News in an interview broadcast on Wednesday. Asked what the consequences would be, he said, "You'll see shortly."

At the same time, Biden noted that "there's places where it's in our mutual interest to work together" such as renewing the START nuclear agreement, adding that the two leaders have a known history.

"I know him relatively well," Biden said, adding that "the most important thing dealing with foreign leaders in my experience ... is just know the other guy."

Of Putin, Biden said he does not think the Russian leader has a soul. Asked if he thought Putin was a killer, he told ABC: "I do."

Biden defeated Trump in the election and took office two months ago.

(This story refiles to correct grammar in paragraph 2)