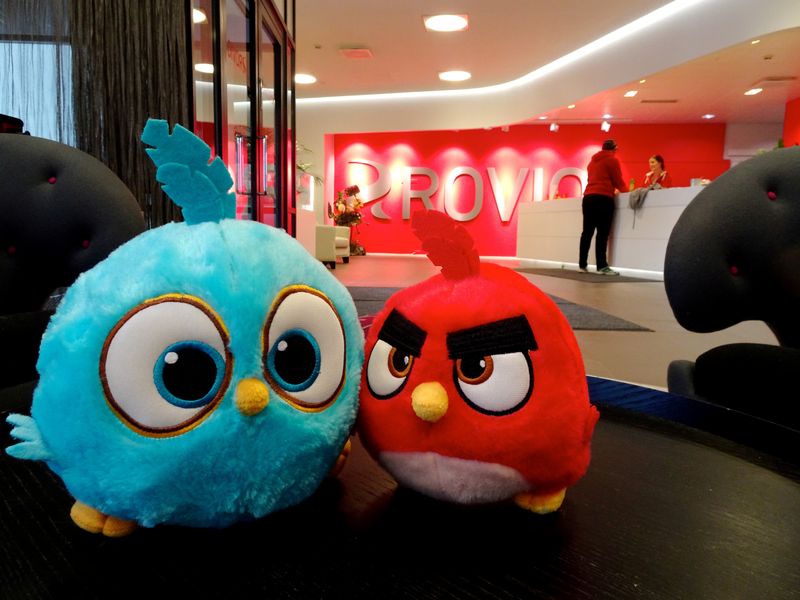 (Reuters) -Playtika Holding Corp on Thursday sweetened its offer for Finnish game maker Rovio, best known for its "Angry Birds" franchise, to 683 million euros ($737.50 million), as a consolidation in the industry gathers pace.

The offer values each share of Rovio at 9.05 euros, about 60% higher than the company's closing price on Jan. 19. It is also roughly 40 million euros above a previously undisclosed offer that Israel's Playtika made in November.

Espoo, Finland-based Rovio declined to comment. Its shares ended 2.5% lower at $5.67 in trading on the Finnish bourse before the offer was made public, while Playtika fell 2.6% in U.S. trading.

Rovio has had a tumultuous ride since going public in September 2017 at a price of $11.50 and the company's growth still remains overly dependent on the Angry Birds franchise despite efforts to diversify with acquisitions such as Turkish Ruby Games in 2021.

The game maker is also caught in a broader industry slowdown, especially in the mobile market, after two years of pandemic-driven boom.

Global mobile game revenues fell more than 6% to $92.2 billion in 2022, according to estimates from gaming analytics firm NewZoo.

The offer for Rovio is the latest sign of consolidation in the sector, with Microsoft in the process of buying Activision Blizzard for $69 billion and Sony Interactive Entertainment purchasing "Halo" videogame creator Bungie Inc in a $3.6 billion deal.

Playtika, the maker of casino-style games and apps for poker and solitaire, had just last month said it would lay off 15% of its workforce. The company, whose shares halved in value last year, is also consolidating studios.

(Reporting by Tiyashi Datta in Bengaluru; Editing by Maju Samuel and Devika Syamnath)