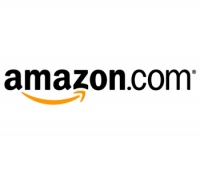 Amazon (NASDAQ: AMZN) is planning to spend over $1 billion per year to produce movies released in theaters, according to a Bloomberg report on Wednesday.

The report, citing people familiar with the matter, explained the e-commerce giant is planning to make between 12 and 15 movies per year that will get a theatrical release. However, Amazon is said to still be planning its strategy.

They added that Amazon is scheduled to release a small amount of films next in theaters in 2023, with its output increasing with time. The move will put it level with the likes of significant film studios such as Paramount Pictures.

The move would be a significant boost to movie theaters which have been hit by the rise of streaming services such as Amazon Prime and Netflix, amongst others.

Amazon is still behind Netflix when it comes to movie output, with Amazon putting out around 24 films per year and Netflix releasing close to 100 per year. However, Bloomberg added that Amazon is "ramping up its investment in original movies."

The news from Amazon has put a bid in shares of cinema operators AMC (NYSE: AMC) and Cinemark (NYSE: CNK), with shares trading up 6% and 9%, respectively, midday.