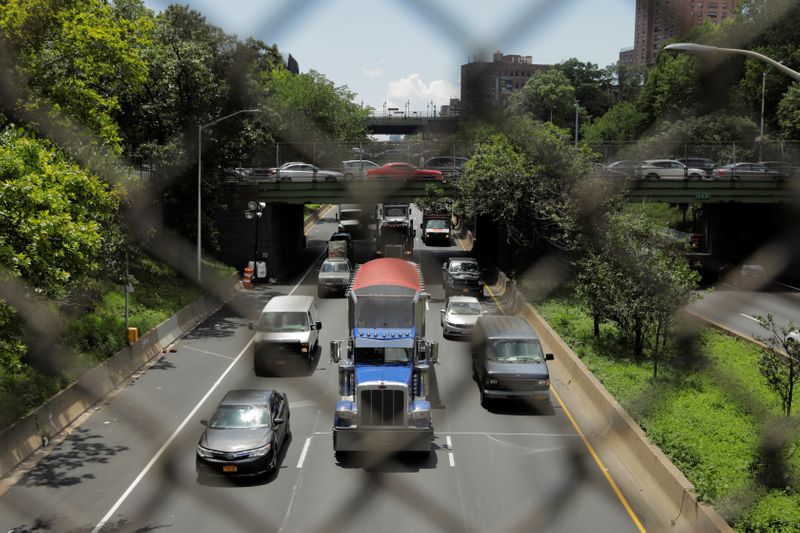 WASHINGTON (Reuters) - A group of 15 U.S. states and the District of Columbia on Tuesday unveiled a joint memorandum of understanding aimed at boosting the market for electric medium- and heavy-duty vehicles and phasing out diesel-powered trucks by 2050.

The announcement comes weeks after the California Air Resources Board approved a groundbreaking policy to require manufacturers to sell a rising number of zero-emission vehicles, starting in 2024 and to electrify nearly all larger trucks by 2045.

The 14 states said the voluntary initiative is aimed at boosting the number of electric large pickup trucks and vans, delivery trucks, box trucks, school and transit buses, and long-haul delivery trucks, with the goal of ensuring all new medium- and heavy-duty vehicle sales be zero emission vehicles (ZEV) by 2050 with a target of 30% ZEV sales by 2030.

The states committed to developing a plan within six months to identify barriers and propose solutions to support widespread electrification, including potential financial incentives and ways to boost EV infrastructure.

Trucks and buses represent 4% of U.S. vehicles, but account for nearly 25% of greenhouse gas emissions from the transportation sector.

California later plans to adopt new limits on nitrogen oxide emissions, one of the major precursors of smog, as well as require large fleet owners to buy some ZEVs.