Investors turn to stocks as they shrug off COVID worries 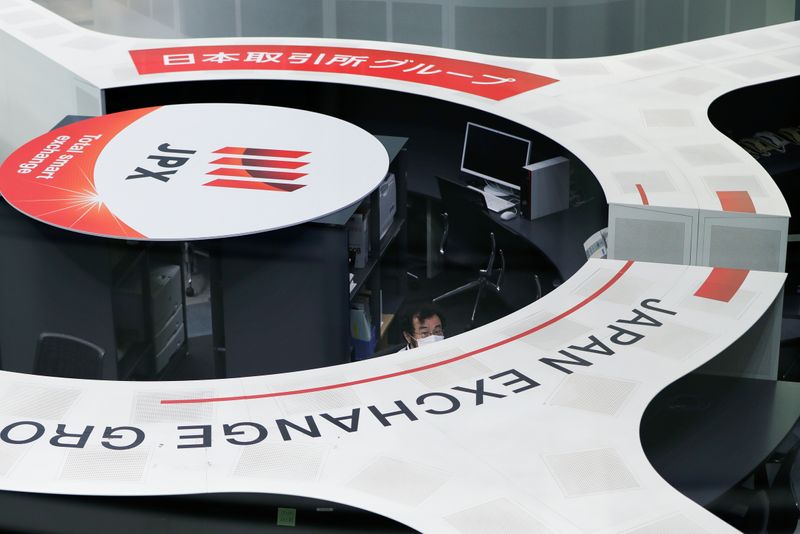 NEW YORK (Reuters) - Markets continued their upward march on Wednesday and yields climbed due partly to positive corporate earnings, despite apprehension about the Delta coronavirus variant and inflation, which spurred a flight to safety earlier in the week.

âThereâs a lot of nice follow-through from yesterday. On Monday there was a growth scare, and on Tuesday we recovered from that. Investors realized it was an over-reaction,â said Chris Zaccarelli, chief investment officer for Independent Advisor Alliance.

âToday is a continuation from yesterday showing that although global growth may be impacted in the short run, we ultimately are still on a recovery path, and it makes sense to stay long the market."

The yield on benchmark U.S. Treasuries rebounded for a second day on Wednesday, with 10-year Treasury notes up 7.9 basis points to 1.288%, after briefly crossing above 1.3%. Demand at an sale of 20-year government debt was tepid as investors preferred riskier assets.

"I think the big issue out there that we see from investors is where else can I go to make money except the stock market," said Gary Bradshaw, portfolio manager at Hodges Capital Management in Dallas.

"With a very accommodating Fed, saying theyâre not going to raise rates out until 2022 or longer, the market should continue to do well," Bradshaw said.

A European Central Bank meeting on Thursday is expected to strike a dovish tone and provide a further boost.

The safe-haven dollar on Wednesday retreated from more than three-month highs, but inflation fears and concerns about the highly contagious coronavirus variant kept investors cautious.

Another safe haven, the Japanese yen, was also down against the dollar, as risk aversion eased.

The dollar index, a measure of its value against six major currencies was little changed to slightly lower at 92.911. On Tuesday, the index hit a more than three-month high.

As well as looking past rising COVID-19 cases, investors appeared to look past concerns that data last week showing a surge in U.S. consumer prices in June could prompt the Federal Reserve to bring a quicker end to emergency stimulus measures.

That earlier flight to safe-havens had pushed the U.S. 10-year yield down < US10YT=RR> more than 20 basis points in the space of a week.

MSCI's gauge of stocks across the globe gained 0.85%.

"While some of the world is shrugging off rising infections as vaccination rates limit the severity of any symptoms of new cases, there are few parts of the world that can totally ignore this," said Rob Carnell, Asia-Pacific chief economist at ING.