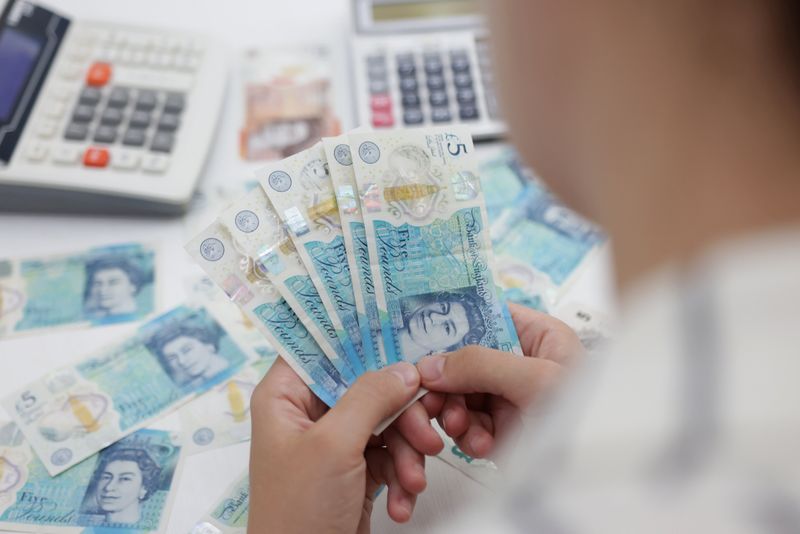 By Sinéad Carew and Alun John

NEW YORK/LONDON (Reuters) - The dollar made little progress in a choppy session on Tuesday while appetites for riskier bets were still weak as Federal Reserve policymakers talked about more interest rate hikes.

The greenback was up against the euro but losing ground against the British pound and Japan's yen with all eyes on central banks and the impact on economic growth from their efforts to tame inflation.

Minneapolis Federal Reserve Bank President Neel Kashkari said in a WSJ Live interview Tuesday that the Fed needs to keep tightening until it has evidence underlying inflation is heading down, then should pause and "let the tightening work its way through the economy" to see if it has done enough.

Earlier, Bank of England (BoE) Chief Economist Huw Pill said the BoE is likely to deliver a "significant policy response" to last week's tax cut announcement but should wait until its next meeting in November.

"There has been no letting up by central banks despite the financial market disruption we've seen. Markets had been looking for some kind of rescue and it's not coming, from the BoE or from the Fed. That makes the dollar still a very compelling safe haven," said Mazen Issa, senior FX strategist at TD Securities in New York.

And the week's trading involves "a bit of additional noise" as investors also prepare their portfolios for the quarter end, according to Issa.

Tuesday's moves were mild compared with the dollar's significant recent gains. The euro was still not far above its more than 20-year trough hit a day earlier, and the yen was just off its 24-year low hit last week before Japanese authorities intervened to strengthen the currency.

Also, sterling was not too far above its record low of $1.0327 hit Monday in a plunge that began Friday when markets were spooked by Britain's proposed budget which would rely on unfunded tax cuts to spur growth.

England's central bank had said on Monday that it would not hesitate to change rates and was monitoring markets "very closely," leading some market participants to look for a rate hike between meetings.