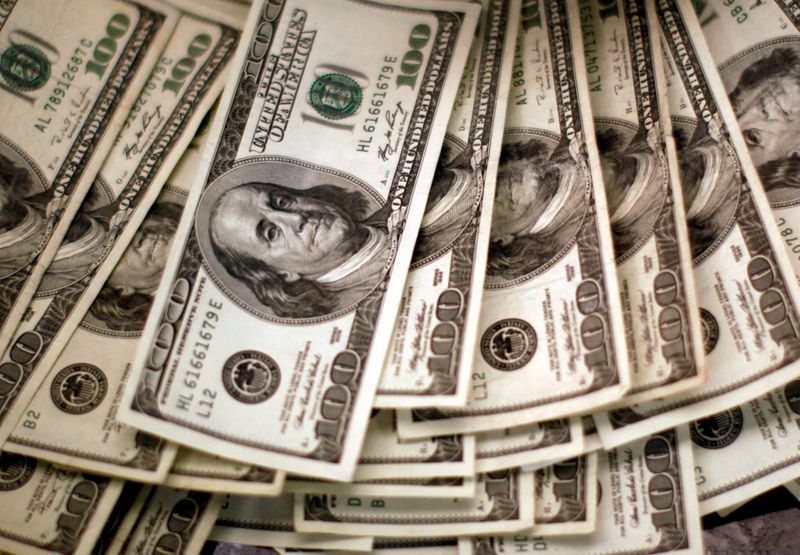 NEW YORK (Reuters) - The U.S. dollar held at lower levels on Tuesday after Federal Reserve Chair Jerome Powell reaffirmed the U.S. central bank's intent to encourage a "broad and inclusive" recovery of the job market, and not to raise interest rates too quickly based only on the fear of coming inflation.

"We will not raise interest rates pre-emptively because we fear the possible onset of inflation. We will wait for evidence of actual inflation or other imbalances," Powell said in a hearing before a U.S. House of Representatives panel.

The dollar had surged after the Fed on Wednesday said that policymakers are forecasting two rate hikes in 2023. That led investors to re-evaluate bets that the Fed will let inflation run at higher levels for a longer time before hiking rates.

âI didnât think he elaborated any further on the timeline. He certainly didn't make it more urgent either,â said Lou Brien, a market strategist at DRW Trading in Chicago.

Fed officials have expressed differing views on when it may be appropriate to tighten monetary policy as inflation rises.

The U.S. central bank may be in a position to start reducing its extraordinary support of the U.S. economy by late this year or early next year, San Francisco Federal Reserve President Mary Daly said on Tuesday.

Fed officials will keep a close eye on economic data to determine when it will be appropriate to start adjusting monetary policy and any conversation about when to adjust interest rates is still far off, said New York Fed Bank President John Williams.

"Inflation pressures (are) a little larger than expected on the back of the reopening, but the Fed still feels that a good majority of those pressures wonât be sustained," said Chuck Tomes, associate portfolio manager at Manulife Asset Management in Boston.

Producer price inflation data on Friday is the next major economic focus.

Bitcoin recovered from a five-month low on Tuesday in a volatile session in which it fell below $30,000, extending losses sparked a day earlier when China's central bank deepened a crackdown on cryptocurrencies.