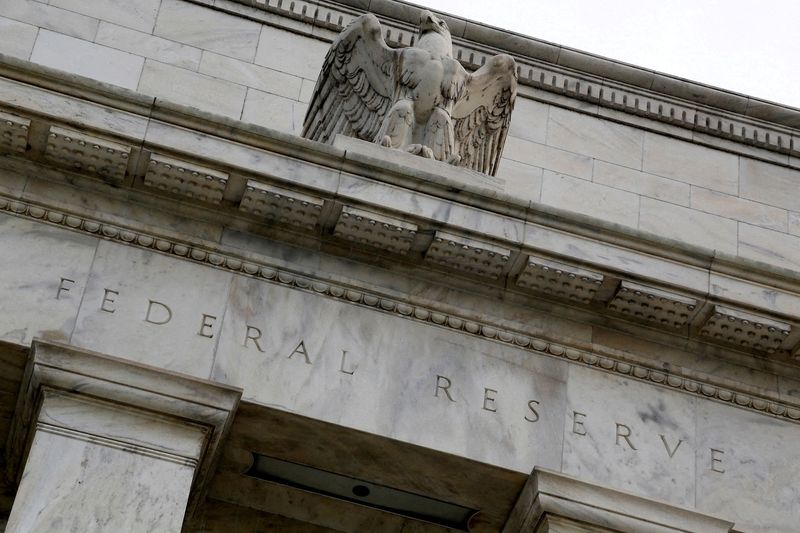 WASHINGTON (Reuters) - All participants at the Federal Reserve's May 3-4 policy meeting backed a half-percentage-point rate increase to combat inflation they agreed had become a key threat to the economy's performance and was at risk of racing higher without action by the U.S. central bank, minutes of the session showed on Wednesday.

This month's 50-basis-point hike in the Fed's benchmark overnight interest rate was the first of that size in more than 20 years, and "most participants" judged that further hikes of that magnitude would "likely be appropriate" at the Fed's policy meetings in June and July, according to the minutes.

"All participants concurred that the U.S. economy was very strong, the labor market was extremely tight, and inflation was very high," the minutes said, with risks of even faster inflation "skewed to the upside" given ongoing global supply problems, the Ukraine war, and continued coronavirus lockdowns in China.

In that context, "participants agreed that the (Federal Open Market) Committee should expeditiously move the stance of monetary policy toward a neutral posture ... They also noted that a restrictive stance of policy may well become appropriate."

"Many participants" judged that getting rate hikes in the books now "would leave the Committee well positioned later this year to assess the effects of policy firming."

U.S. stocks rose after the release of the report before reversing course. Futures traders eased up on their rate-hike bets, but are still solidly pricing in half-percentage-point increases in June and July, with quarter-percentage-point rises over the three remaining meetings in 2022.

Bob Miller, head of Americas Fixed Income for investment giant BlackRock, said the minutes signaled that July would be a key pivot point for the Fed.

With two more half-percentage-point hikes firmly in view, "the policy path after July will depend upon the trajectory of inflation and progress toward correcting the ... imbalances in the labor market," he wrote after the release of the minutes. "If those factors are improving, then the Fed gains some breathing room" to shift to fewer rate increases, but otherwise might be forced to lean harder on the economy.

The minutes showed the Fed grappling with how best to navigate the economy towards lower inflation without causing a recession or pushing the unemployment rate substantially higher - a task "several participants" at the meeting this month said would prove challenging in the current environment.

By the Fed's preferred measure, inflation has been running at more than three times the central bank's 2% target.

"A number" of Fed participants, however, said data had begun to indicate that inflation "may no longer be worsening."

But even they agreed it was "too early to be confident that inflation had peaked."

The economy remained strong, the minutes noted, with households in such good shape that Fed officials said it might be harder to get them to stop spending and take the pressure off of prices.

Supply constraints on businesses "were still significant," the minutes noted, hiring remained difficult, and "the ability of firms to meet demand continued to be limited," a recipe for continued rising prices.

With little certainty about when those conditions might ease, officials have begun laying out a broad range of positions around what might happen after the upcoming rate hikes, from an outright pause in hiking borrowing costs this fall to calls for an aggressive string of half-percentage-point increases at the September, November and December meetings.

Inflation data has yet to show a convincing turn lower from the levels that have unnerved Fed officials and drawn comparisons with the inflation shocks of the 1970s and early 1980s.

Some analysts, meanwhile, have raised their risks of recession, and investors in contracts linked to the federal funds rate have of late pared back their estimates of how high interest rates will rise.