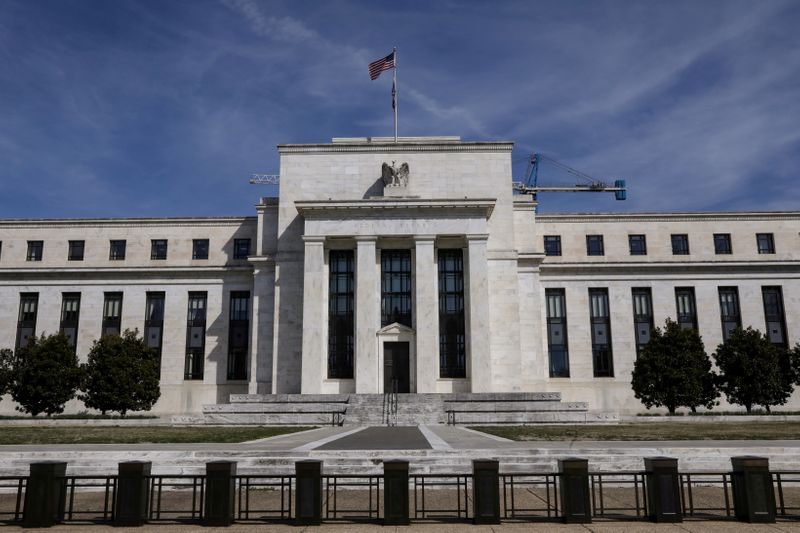 WASHINGTON (Reuters) - The U.S. Federal Reserve on Friday unveiled the hypothetical recession it plans to test large banks against in its 2021 stress tests, which includes "substantial stress" in the commercial real estate and corporate debt markets.

The scenarios also envision a global recession where U.S. unemployment jumps to 10.75%, economic growth falls by 4%, and the stock market sheds 55% of its value. Nineteen of the nation's largest banks will be subject to this year's test, with results published sometime in the summer.

âThe banking sector has provided critical support to the economic recovery over the past year. Although uncertainty remains, this stress test will give the public additional information on its resilience,â Vice Chair for Supervision Randal K. Quarles said in a statement.

The 2021 test will mark a return to normalcy for the Fed, which resorted to testing banks twice last year after it became clear the economic impact from the coronavirus pandemic had actually exceeded the severe downturn envisioned by the Fed's original test.

But after both tests, the Fed said that it found the largest banks remained well-capitalized despite severe downturns, and in December it relaxed restrictions on capital payouts like stock buybacks.

The upcoming test will apply to 19 of the nation's largest banks, although smaller firms that are now tested on a two-year cycle could opt into this year's test if they so choose. Ten of the banks with the largest trading operations will also be tested against a hypothetical global market shock, while 12 of the firms with significant trading or processing operations will also be tested against the failure of their largest counterparty to test their resilience.